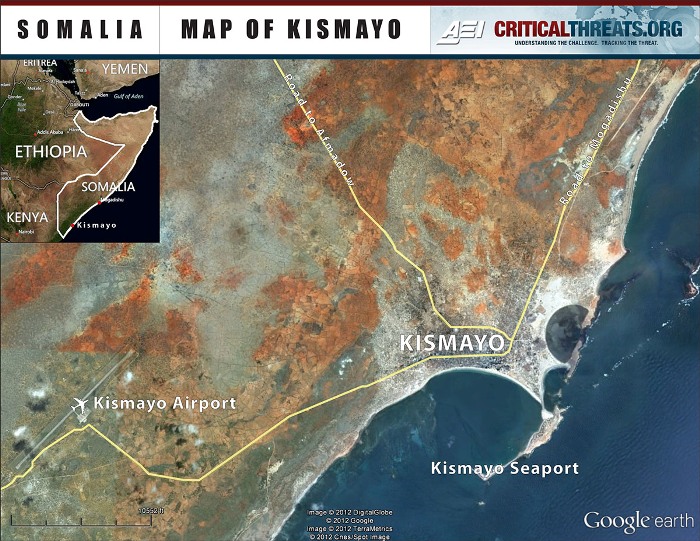 The unmanned aircraft had come down in Qudus area, located approximately 45 kilometers west of  Kismayo town, which is largely controlled by the Al Qaeda-linked Al Shabaab terror group, reports said.

The Al Shabaab said its fighters have reached the scene where the drone has crashed and taken possession of the wreckage and moved it to a “undisclosed location,” in middle Jubba region.

Unnamed Al Shabaab commander in Qudus area, told pro-militants outlets the drone took off from a secret CIA base in Kismayo city, and was conducting a surveillance mission on Al Shabaab strongholds.

In recent months, Unites States military has been operating small surveillance drones to monitor and kill suspected Al Shabaab fighters in Lower Jubba region and other areas in south and central Somalia.

The United States Africa Command (U.S. AFRICOM) and Jubbaland state of Somalia did not confirm the report of the drone crash in the Al Shabaab stronghold near Kismayo city, a seaside city located 500 km south of Mogadishu.

US forces have provided military support to Somali government in their military campaign against the Al Qaida linked Al Shabaab group and intensified its airstrikes against the militants stronghold areas in southern Somalia.

In a separate incident, at least 20 people, including unarmed civilians were killed in an ongoing combat between Puntland and Galmudug regional forces in Galkayo city, the regional capital of Mudug in central Somalia.

Galkayo has experienced for the past few years numerous explosions and assassinations, which some of them are thought to be carried out by the Radical Islamist group Al Shabaab.

The town is divided into two parts, the northern and southern axis. The largest part is administered by the Puntland authority and southern is governed by Galmudug Administration.

Puntland local authorities have several times accused Galmudug for giving safe havens to assailants who carry out assassinations in the northern axis, but Galmudug has denied these accusations.

(Reporting by Omar Nor; Editing by Dejan S. & Robyn Hunter)