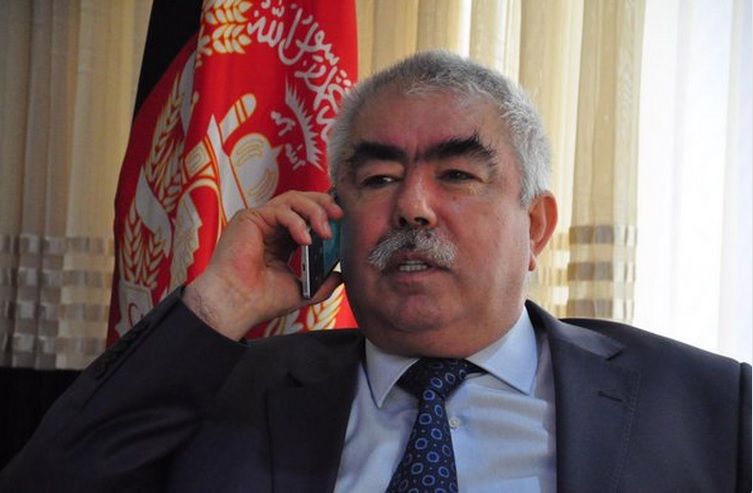 Ahmadi states in his statement that “150 personnel” including Dostum’s “militia men and personnel security guards” killed, while the number of casualties is not confirmed independently from the region where Dostum was leading Afghan security forces against the militants.

On the other hand Abdul Rashid Dostum has warned of “7000” Islamic State fighters ready for launching attacks and making their way to northern provinces of the country. Dostum is out for operation against Taliban and Islamic State fighters in the North, and according to reports his (Dostum) involvement in the fight against militancy has given high morale to Afghan National Security Forces for retaking and ousting the militants from these regions.

Afghan Defense Ministry has stated that 22 of the Taliban are killed and 18 other wounded in the ongoing joint operations against the “terrorists” in Faryab’s Qisar district.

National Directorate of Security (NDS), the Afghan secret intelligence has confirmed they have arrested four militants of the “Jundullah” group. “The group arrested when they wanted to hide IED (improvised explosive device) in Takhar,” reads the statement released by NDS.

Najeeb one of the youth activists and university student criticized the Afghan National Unity Government for not focusing the military operations, he told ArmedPolitics. “We need to help and provide logistics to our security forces, and now they lack the food and logistics, government only make claims.”

Fight against Taliban, Islamic State and other militant organizations have been intensified in Afghanistan, where the security forces are busy in launching attacks on the hotbeds of Taliban, and Taliban resist reaching the capital cities of Helmand, Kunduz, Farah, Uruzgan provinces.

The militant groups are giving tough time to Afghan Security Forces in the strategic zones of north and south of Afghanistan.  High number of casualties on both sides and displacement of civilian is confirmed from these regions.