SARAJEVO, Bosnia and Herzegovina — Several thousand citizens blocked the streets of Sarajevo in a mass protest, outraged over the tragic deaths of two college students that were killed by a reckless driver. 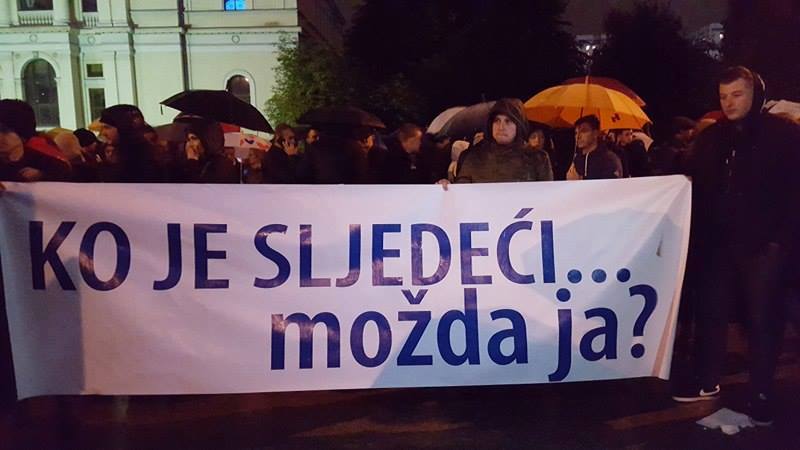 Two students of the Philosophy faculty in Sarajevo, 21-year-old Selma Agić and 20-year-old Edita Malkoč, were killed on Monday evening, October 10, by a reckless driver, while trying to cross the street.

The driver, who is suspected to be a 25-year-old citizen of Sarajevo, fled the scene of the crime. According to the police the suspect managed to escape to Serbia to avoid prosecution.

The tragic deaths of two female students, killed in front of the building of Bosnia’s largest museum that is just several hundred meters away from their university, caused mass outrage from the citizens; the outrage was fueled by several controversial remarks by Bosnian officials.

Social media and blogs were flooded by angry comments by Bosnian citizens who claim authorities failed to do their job by letting the suspect flee to neighboring Serbia. 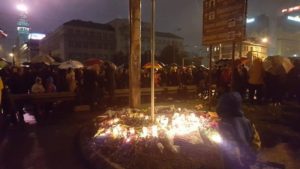 The tragic deaths of Edita and Selma came against the background of a culture of severe mistrust in the competence of Bosnian authorities, caused by a history of mistakes made by the police agencies and courts in similar cases in the past.

The complicated and almost dysfunctional political system of Bosnia and Herzegovina, organized in a way that deprives the central government of power in favor of cantons and entities, frequently fails to ensure justice to victims and secure citizens’ rights.

Citizens of a nation severely divided by administrative lines, which has dozens of police agencies and 13 different governments, are frequently victims of the lack of coordination between different levels of autonomous authorities.

According to the Bosnian media organizations – the Border Police of Bosnia and Herzegovina, which is under the jurisdiction of the central government, bares the most responsibility for letting the suspect escape to Serbia. However, some media organizations criticized the slow response of the police of the Sarajevo Canton, as the case was in their jurisdiction.

Konaković’s statement only added fuel to the anger of citizens and media organizations across the nation. According to several media organizations – over five similar cases of tragic deaths by reckless drivers have occurred in the last year. The media says that in all of those cases the police made mistakes which subsequently caused slow and unsatisfactory court rulings.

Today, October 12, the spokesperson of the Justice Ministry of Bosnia and Herzegovina, Marina Bakić, confirmed that the official request for the extradition of the suspect was sent to Serbia.

Mass Protest on the Location of Tragic Deaths 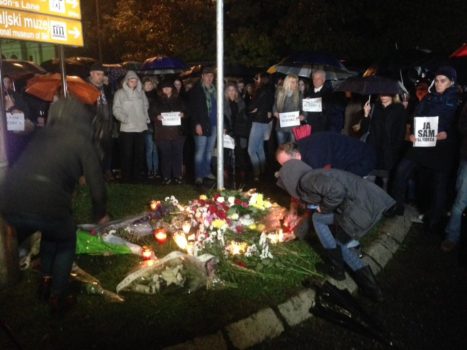 Last night, October 11, despite heavy rain, several thousand citizens spontaneously gathered on the location where Edita and Selma were killed.

Protesters blocked the all lanes of the most frequent road in Sarajevo, demanding justice for the victims and urging the authorities to create a safer living environment in the Bosnian capital.

Gathered citizens placed flowers and candles on the place where the two students were killed.

Hundreds of protesters left the location of the student’s deaths and gathered in front of the Canton Sarajevo Interior Ministry building, but returned a couple of hours later.

Protesters held signs like “Ko je slijedeći? Možda ja?” (Who is next? Maybe me?) and “Ja sam slijedeći” (I’m next), demonstrating their dissatisfaction with the security situation in Sarajevo.

Protesters dispersed around 11pm, but hundreds of them announced to the reporters they will gather again today.