KABUL, Afghanistan — The Afghanistan Times editor-in-chief, Abdul Saboor Sarir was injured when he was attacked by unknown gunmen in the capital city, on Sunday late evening (local time).

The journalist’s laptop and cellphones were snatched by the gunmen after beating him with a “gun butt”. He was taken to a local hospital for treatment. 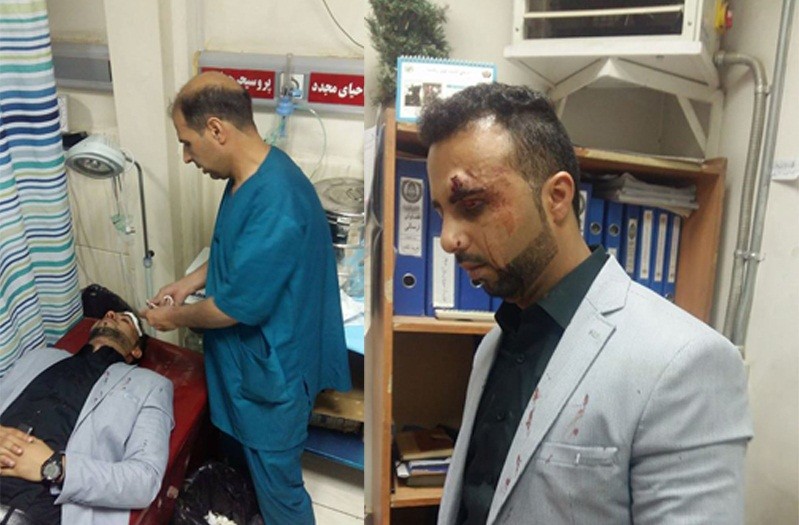 The Afghanistan Times quoted Sarir, “I was on my way home when three gunmen stopped me. They hit me with gun butts. They told my brother that they would kill him if he resisted or inform the police,” says Sarir.

Five months ago, Sarir escaped an attempted abduction at the hands of gunmen when the police arrived and forced them to free him – he escaped from the scene, but he has received threats from unknown people – including terrorist groups.

Earlier, a production team of TOLO TV came under attack that killed eight and wounded 28 others. The attack was claimed by the Afghan Taliban.

Journalists are afraid of the attacks from different groups, as well as the Taliban. One of the journalists, Abdullah Hasrat told ArmedPolitics, “No one is safe, you are forced to either work for the different groups or face the consequences.”

“After the attack on Tolo, we have witnessed emergence of a trend in the provinces where the Taliban make specific requests for the local media outlets which range from banning of entertainment shows, specific ads, for instance, those that promote ANSF and a wider push to air news provided to the local media by the Taliban,” said Najib Sharifi, a Kabul based journalists rights activist. “Banning of the voice of women to be broadcast by the media has been another request.”

Afghanistan is ranked 120th in the Freedom of Information Index by Reporters Without Borders this year, 2016.

“Afghanistan’s constitution and legislation provide the media and freedom of information with relatively good legal protection,” reads the report of Reporters Without Borders for Freedom of Information. “But, despite having won these rights, the media and journalists are particularly exposed to the chronic instability and unrest that affects all of Afghan society.”

The RWB report states further, “By sowing terror, the Taliban and Islamic State have created information ‘black holes’ in several regions since 2015. Afghanistan struggles to protect its journalists in this increasingly violent civil war.”