NAIROBI, Kenya — On Monday a Nairobi court in Kenya detained a terror suspect for three more days in an effort to allow police to complete investigations over the man’s alleged links with terror group, Islamic State of Iraq and Syria (ISIS). 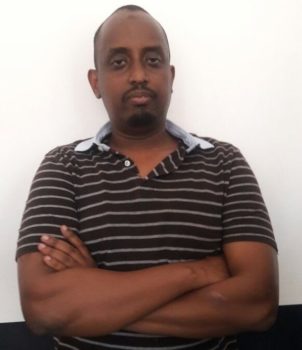 Dr Abdullahi Abdulqani Allin, a doctor based at the Malindi General Hospital, a coastal town over 100 kilometers from Mombasa, was arrested at his Sea Breeze home last Friday, October 7, 2016 in Malindi Town.

The police allege that the 35 year old doctor is involved in terror activities and has links with ISIS.

His arrest comes two months after two intern doctors at the same hospital, Shukri Mohammed Yerrow and Abdirazak Abdinoor were arrested over claims that they were planning to go to Puntland in Somalia to join the ISIS group.

Dr Allin, Yerrow and Abdinoor attended Saratov University in Russia and were both working in the same hospital in Malindi where Dr. Allin was their supervisor.

During the doctor’s arrest several electronic media was recovered including a laptop, iPad and several phones. Dr Allin is currently married to Mumina Rose Giovanni sister to, Ibrahim Sharrif Samatar who is linked to an Al Qaida terrorist network. Sharrif is a declared persona non grata in Kenya, after an investigation indicated that he is a close associate of the late Harun Fazul.

Malindi OCPD Matawa Muchangi said, police, in a joint operation, raided the suspect’s home at 2am on Friday, October 7, 2016.

“The suspect has links to the two other medical interns arrested in August,” he said, adding that he had been on the run since the arrest of his two alleged accomplices.

He said police found terrorism-related materials, which he did not disclose to avoid jeopardizing investigations.

(Reporting by Richard Mbaya; Editing by Omar Nor  & Dejan Scepanovic)