KABUL, Afghanistan — An Afghan National Army helicopter crashed in Baghlan province when it was on its way to supply logistics, Taliban spokesman claims the attack, whereas the Afghan Defense Ministry says it was a technical fault that resulted in a crash, on Sunday (early morning).

Daulat Waziri the Afghan Defense Ministry spokesperson told media groups that the crash was owing to the technical fault in the helicopter that resulted in killing seven on board, four of the crew and three Afghan Army Personnel. 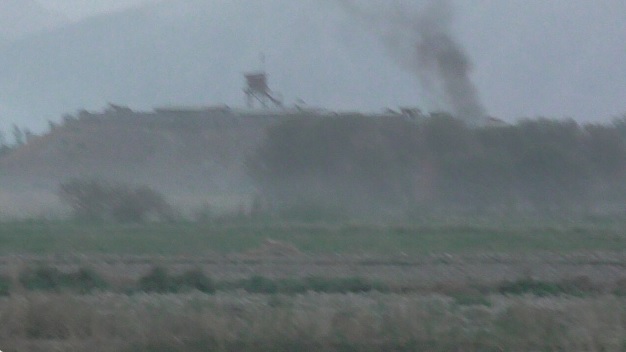 Site of the ANSF helicopter rash down [Photo from Taliban video]

The Taliban spokesman, Zabihullah Mujahid claimed that their fighters had fired on the Afghan Army helicopter.

The Afghan private news channel TOLO has confirmed through a source that the helicopter was fired on by Taliban militants.

The Taliban have also claimed they are near to the capital of Farah province. The Taliban spokesman for the south Qari, Yousaf Ahmadi stated in his statement. “Mujahidin close in Farah city after the CP (check post) was overrun in capital peripheries, deputy Police General, Yunus Khan had a heart-attack and is hospitalized.”

The statement of Afghan Defense Ministry reads that 43 Taliban killed and 21 wounded in Farah province, on the other hand 34 of the Islamic State fighters killed, tens more wounded and 5 arrested in Nazian district of Nangarhar province in different joint operations. The ministry has also confirmed the death of 18 Afghan Security personnel.

“59 Taliban killed in Kunduz and 37 wounded,” reads the statement of the Defense Ministry.

Earlier the Taliban had reached the main intersection of Kunduz province. The province had fallen for a brief time to the Taliban last year.