The Taliban had claimed the attack on the American forces with an IED. Their spokesman, Zabihullah Mujahid had claimed four of the coalition forces personnel dead and two others wounded.

Whereas the Resolute Support Mission confirmed the attack and said two of the American security personnel wounded, “no other casualties resulted.” 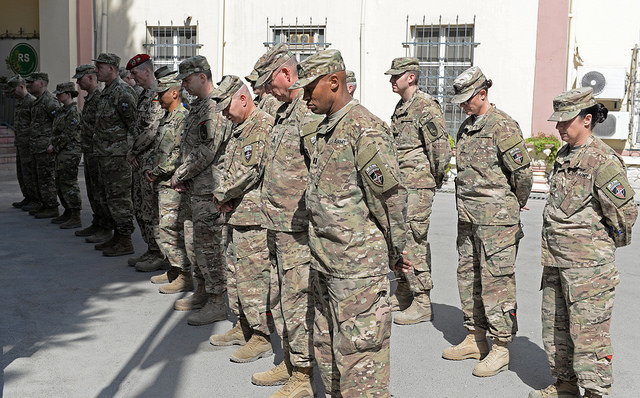 “During the nearly 15 years since the United States went to war in Afghanistan, the number of American troops there spiraled to 100,000, then dropped slightly below 10,000,” reported the Military Times. “President Barack Obama had planned to drop the number to 5,500 by the end of this year. Now he has decided to leave about 8,400 through the end of his presidency.”

The residual force is now only for training the Afghan Forces, who are showing strength in the field with militant organizations.

The Afghan National Security Forces supported by the coalition air support has been launching for months against the Taliban and Islamic State fighters in the country.

The Taliban tried to show their resistance in a higher scale when the Brussles Conference was underway where 70 nations participated, and pledged more than 15 billion USD for financial support of Afghanistan.

In the past, the Taliban tried to sabotage the peace process in the country while such events and conferences took place. Though, the Afghan government had earlier joined the Quadrilateral Coordination Group (QCG) of Afghanistan, China, Pakistan and the United States on Afghan Peace. Earlier attacks in Kabul pushed the Afghan government to come down hard on the Taliban and end the process.