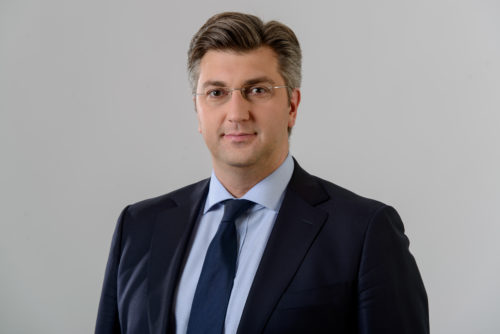 Analogous to the situation which unfolded after the November parliamentary election of 2015, yet again MOST accepted the offer and the terms of the election winner HDZ on forming the government.

Yesterday evening, October 6 – the Croatian media reported that the National Council of MOST decided on accepting HZD’s offer on forming the government.

MOST has retained the title of Croatia’s third strongest political force after the results of the September 11 early election, despite losing six MP seats and 3.6% of popular vote. However, 13 MP seats that MOST won was enough to make that party the deciding vote on any possible coalition government.

After 23 days of negotiating between HDZ and MOST, today – October 7, in a joint press conference it was announced that the two partners agreed on the terms for forming the coalition government. According to the deal – the head of HDZ, Andrej Plenković, MEP will be named Prime Minister designate. Deal also specifies HDZ to have three vice-Prime Ministers.

MOST on the other hand will be given three ministries (Ministry of Justice, Interior, and Environment and Energy) and one vice-Prime Minister. HDZ and MOST also agreed on the Speaker position in the parliament. According to the agreement – the Speaker of Sabor will be MOST’s chief, Božo Petrov in the first two years of the term, and another two years will go to the HDZ’s MP who has yet to be named.

The solution for the position of the Speaker of the parliament, which emerged from the negotiations between HDZ and MOST is unprecedented in Croatian politics. So far, all the former Speakers of the Sabor served full terms, or until the dissolution of parliament. However HDZ head, Andrej Plenković addressed that issue saying: “While that solution seems unprecedented in Croatia, it is a common thing in some European nations. It is a European solution.”

The negotiation between HDZ and MOST on forming the government lasted only 23 days which is significantly shorter in comparison with the negotiations after November 2015 parliamentary election which lasted for 40 days and eventually resulted in coalition government led by businessman, Tihomir Orešković.

While speaking to the press on Thursday October 6, HDZ chief, Plenković stated that he is not worried about the minimum of 76 MP’s signatures needed for forming the government – as HDZ has acquired 90 signatures.

According to Plenković, beside HDZ and MOST MPs, the new coalition government will be supported by the signatures of eight MPs of national minorities as well as by five MPs of Croatian Peasants’ Party (HSS) which will not get a ministerial position.

The second round of consultation between coalition government partners and the President of Croatia, Kolinda Grabar Kitarovic is expected to be held on Monday October 10. According to the Croatian constitution the president of the republic has to give a mandate to form the government to any party or coalition which acquires at least 76 MP’s signatures.

The first and the constituent session of parliament is scheduled for October 14, by the President, Kitarović.

According to the Croatian law, Plenković if named Prime Minister designate by the President has a 60 day deadline to be confirmed by the parliament (Sabor).