The United Nations humanitarian chief concluded a three-day mission to Yemen by calling the massive demand for humanitarian aid “outrageous” for the 21st century. 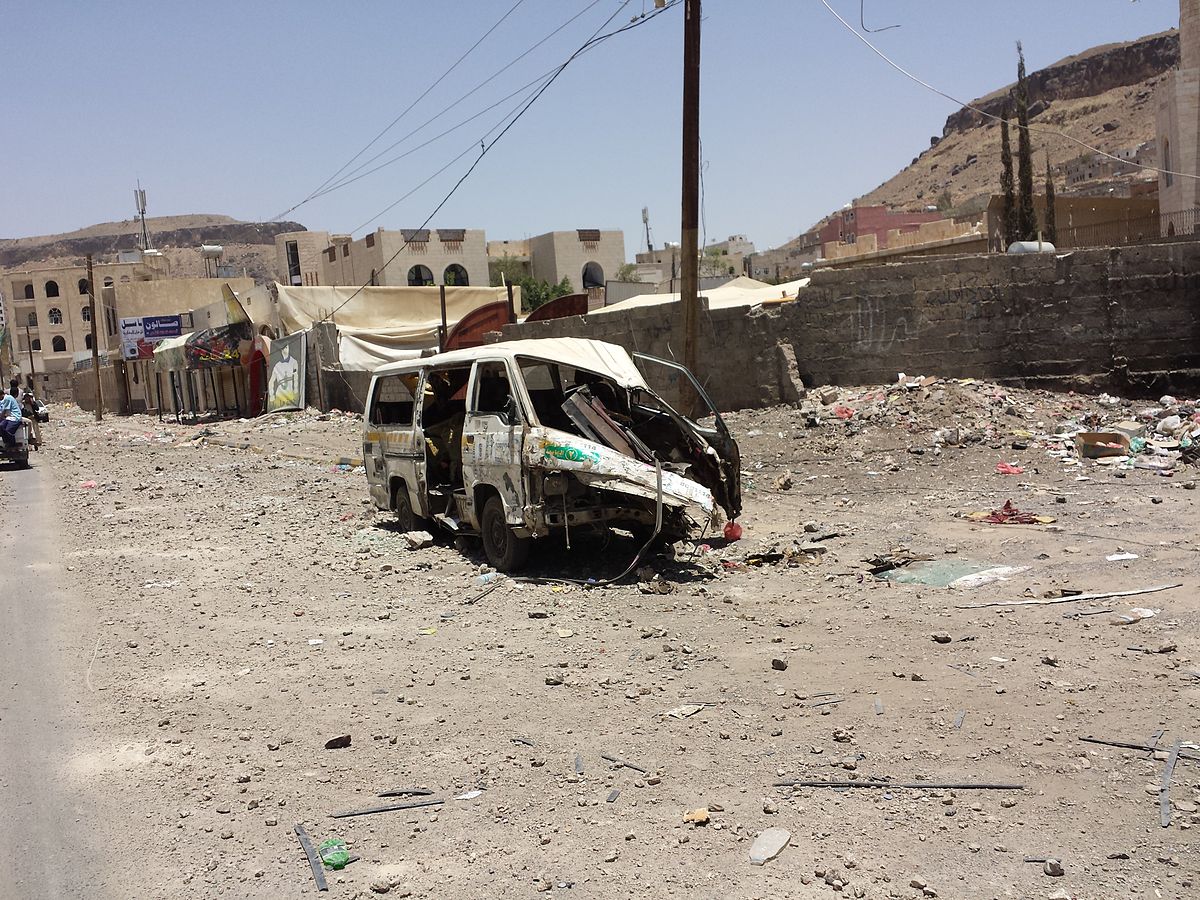 Speaking in the country’s capital city of Sana’a on Tuesday, Stephen O’Brien said four out of five Yemenis are in need of humanitarian assistance and “the best humanitarian relief that can be provided is an end to the conflict.”

War erupted in 2014 when the government tried to stop the progress of local Houthi militias but it escalated greatly when a Saudi Arabia-led coalition supporting the government began a major air campaign in March 2015.

The fighting has taken a devastating toll on the civilian population with the UN estimating that over 10,000 people have been killed or injured, and a further three million have been forced from their homes. Nearly half of the country’s population is also on the verge of starvation.

A survey conducted by the Yemen Data Project found that more than one-third of all Saudi-led air strikes have hit civilian infrastructures, including hospitals and health centers.

“My visit to Al Hudaydah hospital was heart-breaking,” said O’Brien. “Mothers bring their malnourished children for treatment but there is simply not enough medicines to treat them. The quantities of food, medicine and fuel entering the country are way below the needs and must be increased as a matter of urgency.”

He added: “We deliver emergency food assistance to four million people every month, but we need to do more.”

A particular problem with humanitarian aid is the contradictory policies of western countries, such as the US and UK. On September 22, the UK’s International Development Secretary, Priti Patel, announced the government will increase aid contributions by an additional £37 million this year, taking the total UK spending to £100 million. At the same time the government is closely supporting the Saudi-led coalition’s air campaign and has sold over £3.3 billion in arms to Saudi Arabia in the past 12 months.

A report published at the beginning of September by the government’s Business, Innovation and Skills and International Development Committee called for these arms sales to be suspended and admitted they have likely been used in violations of international humanitarian and human rights law.

It notes: “it seems inevitable that any violations of international humanitarian and human rights law by the coalition have involved arms supplied from the UK… We therefore recommend that HM Government suspend sales of arms which could be used in Yemen to Saudi Arabia until the independent, UN-led investigation has come to its conclusions and then review the situation again.”

The British Prime Minister Theresa May dismissed the conclusion saying that she had called on Saudi Arabia to investigate the allegations about Yemen at the recent G 20 summit in China. She also insisted that close ties to Saudi Arabia “keep people on the streets of Britain safe.”

Similarly, the US recently approved the sale of more than $1.1 billion in arms to Saudi Arabia after the Senate blocked a bill opposing the transaction. This came just months after US Secretary of State, John Kerry pledged £143 million in US humanitarian aid.

The same countries have also hindered independent investigations into attacks on civilians by recommending that Saudi Arabia should investigate it’s own crimes rather than an international body.

In September, the UK’s foreign secretary, Boris Johnson refused to support a proposal from the Netherlands for the UN Human Rights Council to set up an independent inquiry into all sides to the conflict. He said an inquiry was not needed because the government is “using a very, very wide variety of information sources about what is happening to acquaint ourselves with the details.”

The investigation proposal was replaced with the plan for the UN high commissioner for human rights to visit Yemen. Sajjad Mohammed Sajid, Oxfam Country Director in Yemen, responded to this in a statement: “It is unacceptable that, after 18 months of conflict in Yemen, the Human Rights Council is still failing to protect Yemeni civilians and is instead turning a blind eye to the human rights violations perpetrated by all parties to the conflict.

“With more than 3,700 civilians killed and 6,700 injured by airstrikes and indiscriminate shelling, a national inquiry is clearly insufficient. All parties need to be held accountable for the human rights violations against civilians.

“The job of the Human Rights Council is to send a strong message that civilians’ lives matter and that those responsible for the killing of civilians will not go unpunished – for the second time in this conflict it has failed.”