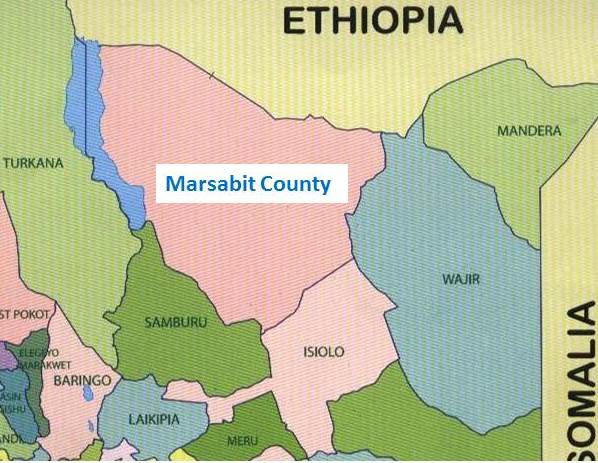 MARSABIT, Kenya – Three teenage girls were killed Tuesday evening at llleret, North Horr area, Marsabit County in Northern Kenya by an armed gang in a suspected conflict over pasture by two rival communities in the area.

Marsabit Police Commander Ben Kogo said that the three teenage girls who were killed by bandits from a rival community, who are suspected to have been offended by the herds of cattle grazing in their zone at Helnasich where there is water well.

“We have launched investigations on the attack, but so far we are yet to establish the motive of the killings, but we suspect the incident was fueled by search of pasture by rival communities in the area,” said the Marsabit County police commander.

The murder incident has created tension in the area which is inhabited by two rival clans. Two of the teenagers were 10 years old while the third was 16 years old.  According to a resident from llleret area who sought anonymity due to the sensitivity of the matter, the gang shot and killed the teenage girls on the spot while they were grazing their family cows near a borehole.

Two weeks ago Marsabit Governor Ukur Yattani and area security chiefs led a security meeting in the area and appealed to rival clans to avoid conflicts over competition for pasture during this drought season in Kenya.

Speaking on September 18, 2016 he also said a peace meeting is urgently needed to resolve issues of insecurity and clashes pitting pastoralist communities living in Northern Kenya.

At least seven people have died in the last month at the Isiolo-Garissa border due to fights over pasture and water.

“I will personally brief President Uhuru Kenyatta on the insecurity witnessed in the two neighbouring counties so as to seek an immediate solution,” said Duale.