A commentary by Adedayo Osho

Fabricated, manufactured, and false accusations against rival candidates is a common feature in the Nigerian election campaigns. These occurrences are borne out of politicians’ immaturity and the low political orientation of the Nigerian citizenry.

Beside the obvious impossibility of identifying a candidate’s real intentions before securing an electoral victory, the role of the press in the political education of the electorates, guiding them toward voting for only those who have clear-put policies, agendas, and programs are vital in any democracy. 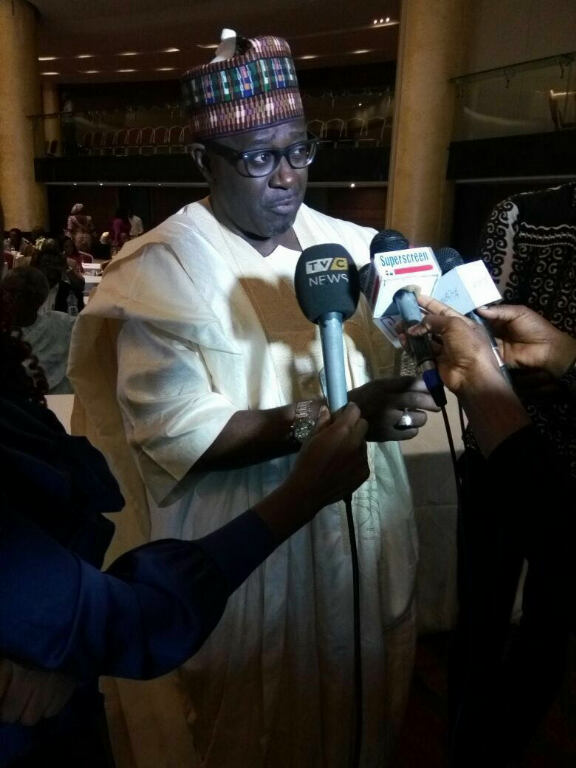 In the Nigerian case, the onerous task to “regulate statements conveyed to the public by politicians via television, podcast, and on radio” in attempts to canvass for votes during  an election lies with the National Broadcasting Commission, NBC, an ombudsman headed by Is’haq Modibbo Kawu, the veteran Vanguard and BBC journalist of Kwara State descent.

Are campaign issues based in Nigeria? In recent years, for instance the 2015 general elections, instead of hosting candidates to high-level discourse on articulating means of realizing their ‘hastily drafted’ blueprints or sometimes ‘photocopied’ manifesto, the country’s broadcasting sector turned to an instrument of denting the images of political candidates.

In his latest address to a cross-section of political and media stakeholders in the ancient Benin City in southern Nigeria, and in the build to #EdoDecides2016, a Gubernatorial election bid to hold on Saturday, September 10, 2016, it is interesting to note that DG of NBC, Is’haq Modibbo Kawu, had himself observed the low ebb and conspiracy by broadcasting practitioners when he maintained that “I have been informed that the most common breaches recorded during the political campaigning period, have included unbalanced news reportage; attacks on personalities instead of issue-based campaigns; unbalanced coverage of political events, as well as the broadcast of unethical advertisements by many of our licensees. These are very serious breaches indeed. Let us be clear about the basic points: The Nigeria Broadcasting Code has described broadcasting as “a creative medium, characterized by PROFESSIONALISM” (0.2.1 CHARACTER OF BROADCASTING). The same section of our code also said that: “Broadcasting shall influence society positively, setting the agenda for the political development of a nation, for public good.” Broadcasters are expected to ensure that our content and output shall not “be disrespectful to human dignity.”

In sane climates, when the press would engage in an adversary relationship, one similar to the act of conspiracy like was earlier mentioned, such media organizations are bound to the containment of operation; to borrow from the words of Colin Symour-Ure, “Democracy requires that the mass public should have the information about political ideas and events necessary for rational judgment about politicians.”

It is important to state that Nigerian democracy may unwittingly remain stagnant and redundant, like a watch that has been ticking in one spot since the beginning of time, if the country’s broadcasting sector continues to turn itself to a puppet of ‘impatient politicians.’

Is’haq Modibbo Kawu, since his ascension to the mantle of leadership at National Broadcasting Commission on May 25, 2016, is one of those delivering on assigned duty, and is a testimony to how NBC, in July, sanctioned two broadcasting stations and channels who failed to guide themselves against malicious broadcasting.

If left unaddressed, these interrelated issues of campaign slander in Nigeria’s polity threaten to produce more imbecile rulers, in relegation of credible leaders. Strict regulation of inflammatory statements uttered by politicians in the course of Edo 2016 has been promised by NBC, when Is’haq Modibbo Kawu further stressed during the address at Benin, that: “Letters have been sent out to all stations in Edo state, to remind you of the need to conduct yourselves in a professional manner; erring stations were contacted to point out breaches of the broadcasting code and demands were made for redress. Notices of sanctions were issued to recalcitrant broadcasters, while our office has also compiled a list of stations that would have to be sanctioned for different breaches.”

The need to inform the electorates, in a way, serves as a glue that ties the general citizenry to programs of politicians, and government-in-power is the reason why the media exists.

It is hoped Edo 2016 will set a landmark achievement for uncompromising broadcasts in Nigeria under Is’haq Modibbo Kawu’s NBC.