Today, August 26, during a joint press conference of Turkish and Bulgarian Prime Ministers, which was a part of PM Boyko Borissov’s visit to Turkey, PM of Turkey, Binali Yildrim, told the press that unless the EU guarantees a visa-free travel regime for Turkey in October, Ankara could abandon the “refugee deal” to stem the flow of migrants to Europe. 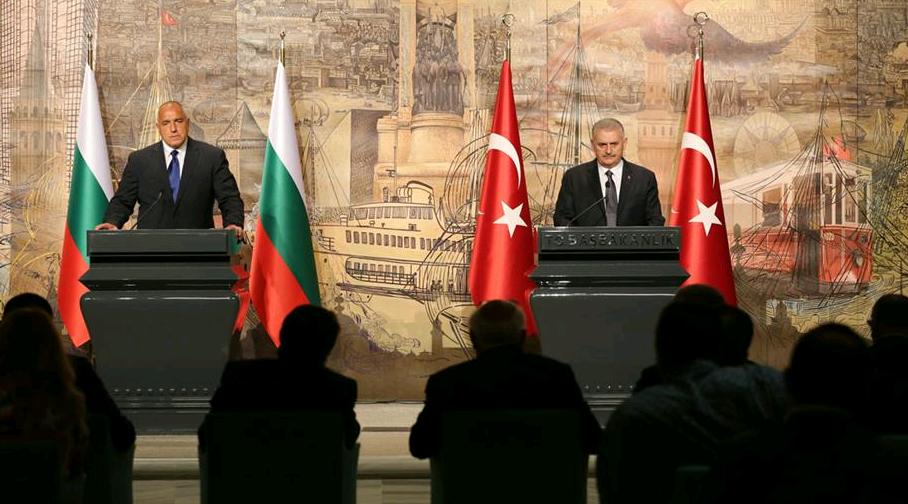 PM Yildrim explained that Turkey expects Europe to take more responsibility on the migrant issue; he added that he made it clear to Borissov that not granting a visa-free travel regime for Turkey by October could put Europe under a huge risk, and that he is sure that the Bulgarian PM will pass that message on to EU leaders.

The statement by PM Yildrim on a visa-free regime in October came after a similar statement made by Turkish Foreign Minister Mevlut Cavusoglu, in his interview for the German Daily Bild.

The issue revolves around the “refugee deal” that was brokered by Turkish and EU authorities on how to manage the migrant crisis. One of main Turkish requests regarding the deal is a visa-free travel regime for Turkish citizens, which would also enable EU states to send migrants back to Turkey.

However, the EU did set up several benchmarks for Turkey in order to grant it visa liberalization. One of the benchmarks is related to Turkish anti-terrorism legislation, which the EU wants softened. On the other hand, Ankara claims that Turkey is unable to change anti-terrorism laws, for it is under threats both from the inside by both Kurdish Militants and outside by ISIS and the Syrian Civil War.

The Prime Minister of Bulgaria, Boyko Borissov, visited Turkey today, August 26, and met with the nation’s top officials to discuss the “migrant issue”.

It is expected that PM Borissov will meet with EU officials in Germany after the meeting with the Turkish PM and President.

“The Turkish Armed Forces have probably prevented a new migration wave of 2 million people with the Euphrates Shield operation in Syria’s Jarablus with the coalition. Considering that Turkey is already hosting some 3 million refugees, Europe should make a serious analysis. The main question is this: How long will Turkey be able to prevent this flow of migrants?” Borissov said.

It is expected that the “refugee issue”, which is tied with the Ankara’s request for visa liberalization, will become a more prominent topic in international politics, as Turkey’s proclaimed October deadline approaches.