Secretly taped conversations between former Croatian PM and Social Democratic Party (SDP) Chief Zoran Milanović and Veteran Union members was released to the public by the Croatian daily newspaper Jutarnji List, and sent shockwaves of outrage and anger across the West Balkans. 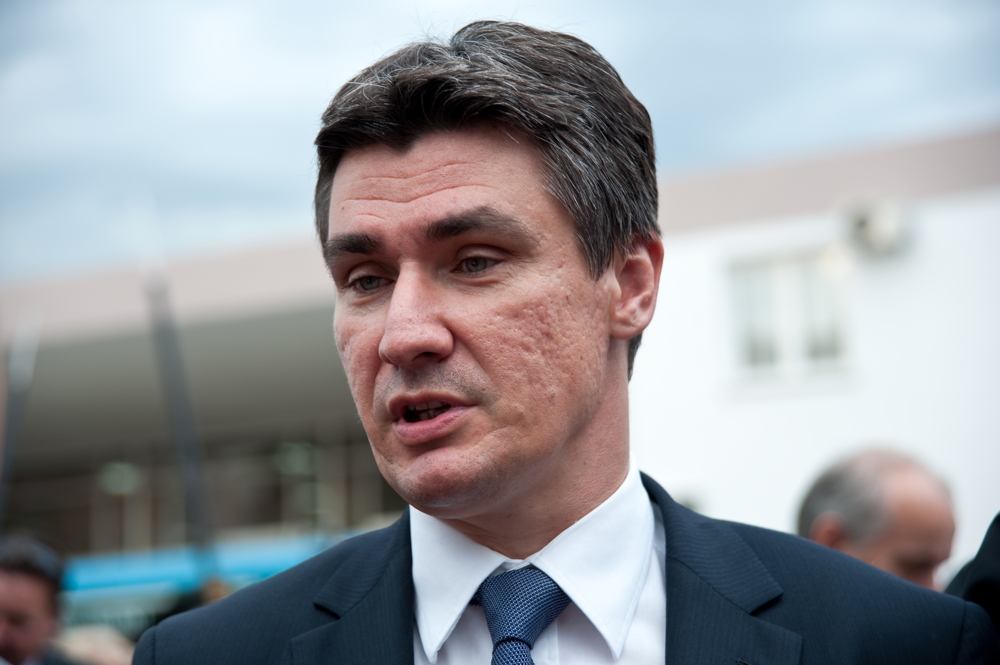 While controversial sentences and arguments were made by Milanović, which were publicly released by Jutarnji List yesterday and today (August 24 and 25), and have caused mass criticism in neighboring Serbia and Bosnia and Herzegovina, in Croatia the main question is – who taped the meeting between SDP top officials and representatives of the Veteran Union?

Immediately after the content of the audiotapes was published by Jutarnji List, the president of the Veterans Union of Croatia, Josip Klemm, denounced any involvement of the Union in the secret recording of the meeting.

However, the things Milanović said and the positions he defended during the meeting with the veterans made headlines on the whole of the West Balkans. As former PM and the leader of the Croatian opposition, Milanović spoke openly against Croatian neighbors Bosnia and Serbia, and made some shocking standpoints on Croatian domestic political issues.

During the meeting with the veterans, Milanović pointed out that the old WWII era greeting, used by the Nazi-puppet Ustasha regime “Za Dom Spremni” [For Home(land) ready], and which is still being used by many of the veterans today, causes irreparable harm to Croatia.

However, when asked about his personal standpoint on the controversial greeting by the veterans, Milanović answered: “I really don’t care about it”.

Milanović did point out that the ruling of the Croatian Constitutional Court had banned “Za Dom Spremni” greeting. He added: “I can’t make anyone to think like I do. I’m just interested in what is doing harm to Croatia”.

Milanović : “Bosnia and Herzegovina is not a country”

One of the leaked audiotapes contains one of Milanović’s most controversial stances made during the meeting with the veterans – his stance about Croatia’s neighbor Bosnia and Herzegovina, which “is not a country”, according to Milanović.

While speaking with the veterans about ethnic Croatian generals from Bosnia and Herzegovina, who are currently being prosecuted by the War-crime Tribunal, Milanović said: “If it was up to me, and some of you are probably originally from Bosnia or have some cousins there, I would push Bosnia in the EU ahead of schedule. They are stateless; they have no rule of law, no order. We are dealing with people who are not positive. Those are negative people; they are not dear and warm people”.

“Serbians – small people who want to rule the Balkans”

Audiotapes published by Jutarnji List contain Milanović’s conversations with the veterans on the Croatian relationship with its neighbor Serbia. Milanović noted that the Serbian government has been arrogant in its stances towards Croatia.

“Nobody can tell me anymore that Serbia has a government which is a liberal, pro-European, kind government which needs to be helped. No, Chetniks came into the Serbian government who were not prosecuted for criminal acts they committed in Croatia.” said Milanović.

Milanović also commented on Serbian PM Vučić. Milanović said to veterans; “If any of you did what Vučić did on the other side of the Sava river, you would be convicted ten times by now.”

Milanović finished by saying: “They are miserable people, who for 150 years can’t decide on where they want to go – Macedonia, Vojvodina Bosnia, Croatia, Bulgaria, there are not even 10 million of them but they want to be rulers of the Balkans. They are a small people”.

While officials in Bosnia and Serbia lashed out against Milanović’s controversial comments, criticizing his maliciousness and hostility of his remarks, in Croatia, many political commentators attributed the comments to the frenzy of the campaign for Croatian early election that is scheduled for September 11th.

Even the Social Democratic Party of Bosnia and Herzegovina, a traditional ally of all anti-nationalist left-wing parties across Balkans, and the friend of SDP of Croatia, condemned Milanović’s comments, denouncing them as “unacceptable” and “unfit” for a leader of neighbor social-democrats.

On the other hand, in Serbia, Milanović’s comments came against the background of strained bilateral relations between Croatia and Serbia, which are at their lowest point since the 1990s. Almost-hostile diplomatic relations between the two neighbor nations Croatia and Serbia revolve around the Croatian blockade of Serbian EU membership talks; the background of the blockade is the Serbian law of Universal jurisdiction, which grants its power to prosecute war-crimes committed during the 1900s in former Yugoslavia.

Croatia wants Serbia to repeal the mentioned law, threatening to block Serbia’s EU accession path if it fails to do so. One of the main topics of Milanović’s meeting with the veterans was the Serbian Law of Universal jurisdiction.

Milanović’s comments sparked outrage in Croatia as well, with the leader of the pro-Serb SDSS Pary in Croatia, Milorad Pupovac, calling them outrageous and worse than comments made by the right-wing parties in the past.