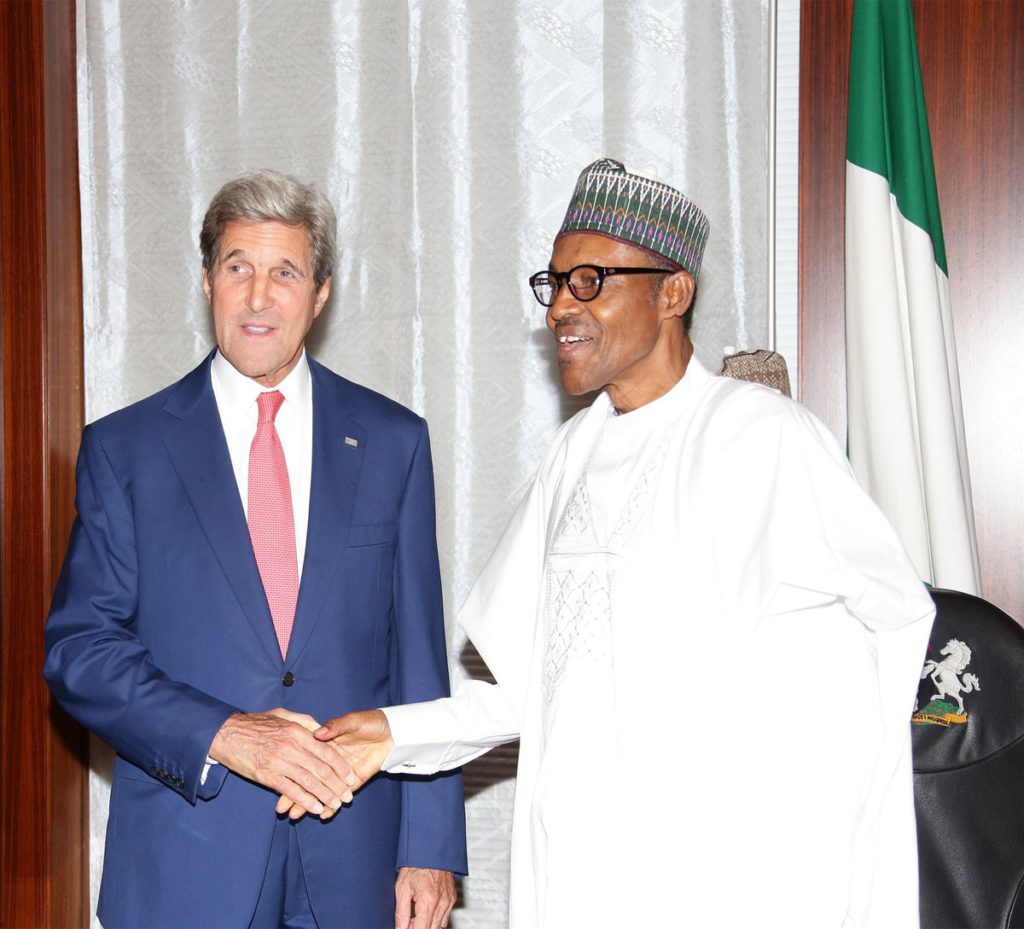 During the firstdiscussions, Kerry urged the president of black world’s most populous nation, Nigeria, to release all political prisoners locked up in jail without trial.

Informed about two long detainees since the assumption of the current administration in May of 2015, his pleas pointes in the direction of the release of Nnamdi Kanu, leader of a separatist movement based in Southeastern part of the country, Independent People of Biafra IPOB; and an outspoken cleric, Sheikh Ibrahim Yaqoub El Zakzaky, leader of Shi’a Islamic movement in resident in Kaduna, Northcentral Nigeria.

One of the monarchs he visited was the Sultan of Sokoto, a city in Northwestern Nigeria; Sheikh Muhammad Sa’ad Abubakar IV, a former military personnel and one-time commander of African Peacekeepers’ battalion in Chad Republic.

The Sultanate in Sokoto, a caliphate, or what is known as an emirate in Arab monarchical governments is regarded as the light, cradle, and widely recognised as the centre of Islam in Nigeria. John Kerry encouraged the Sultan to promote religious tolerance and peace in Nigeria.

Sultan Sa’ad Abubakar replied, saying “We don’t discriminate on religious, tribal, ethnic or political affiliation as we accommodate all.”

The need to counter violent extremism, join global advocacy on deradicalisation, and ensure inter-religious relationships in Nigeria was emphasised by John Kerry.

Commenting on the ongoing fight against Boko Haram, Kerry stated that: “The fact is that through Multinational Joint Task Force – with help from United States, France, and the United Kingdom – Nigerians are steadily degrading Boko Haram’s capabilities. Your country has taken back most of the territory that the terrorists had once captured. And Cameroon, Niger, Chad and Benin have made important contributions and enormous sacrifices in areas along Nigeria’s borders.”