GALKAYO, Somalia – At least 15 people have been killed, and dozens of others have beenwounded in two simultaneous suicide attacks on the local government headquarters in Galkacyo town in central Somalia on Sunday, August 20, police and witnesses said.

Capt. Mohamed Hussein, a senior Somali police officer in the area, told ArmedPolitics by phone that the attack began when a bomber drove his explosives-laden vehicle into the gates of the building and followed by heavy gunfire.

Five people were killed in the first attack. 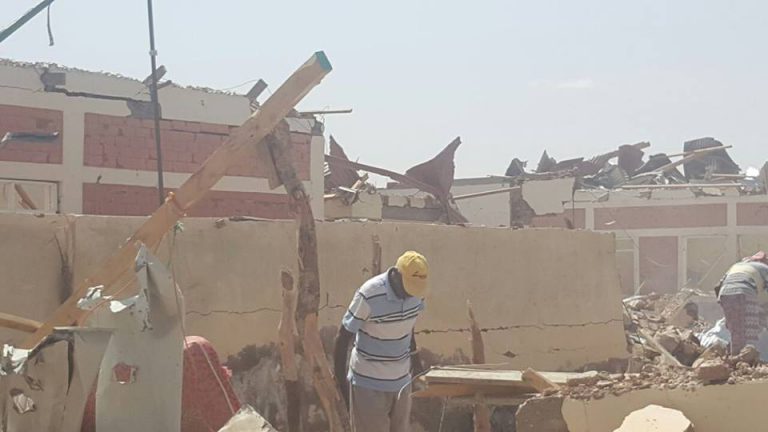 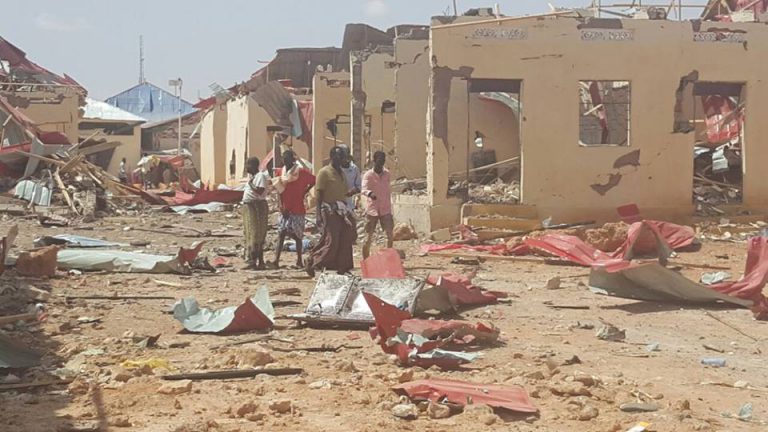 A minute later, a bomber detonated himself in the same area, as many people had converged on the scene of the first explosion to help the wounded; the second bomber killed at least 10 people, most of them civilians, according to Mr. Hussein. 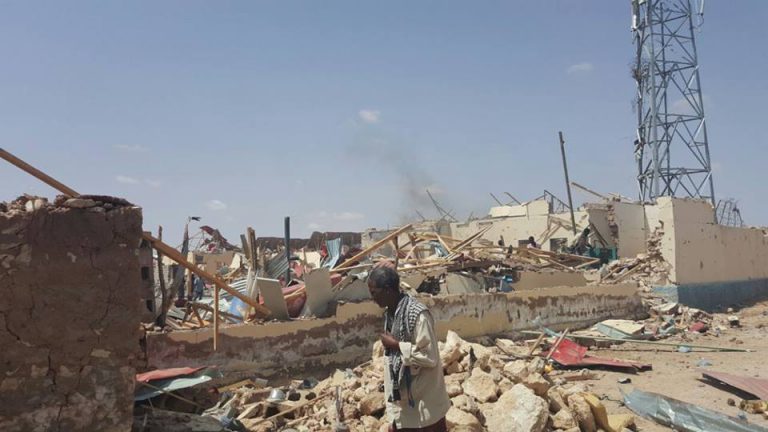 A man walks past a devastated building in twin blasts in Galkayo. (Photo: Horseed)

Al Shabaab, the Al Qaeda-affiliated group in Somalia, said it was behind Today’s attack in Galkacyo, 750Km north of Mogadishu, according to Sheikh Abdiaziz Abu Musab, the military operations spokesman of the militants.

The local police said the blasts could be heard across the city and sent black smoke to the sky. Galkayo is a dived town, with its northern area where the attack took place under Puntland control, while the south is under Galmudug.

Al Shabaab has staged several deadly attacks in south and central Somalia over the past few months, as the country in the Horn of Africa is approaching to a crucial period of parliamentary and presidential elections, due to take place in September and October, 2016.

Omar Nor is senior reporter in the field covering the vast East Africa region, focusing on  political issues including scenarios of conflict, with a special focus on Al-Shabaab. Follow Omar on Twitter at @Omaar_nor