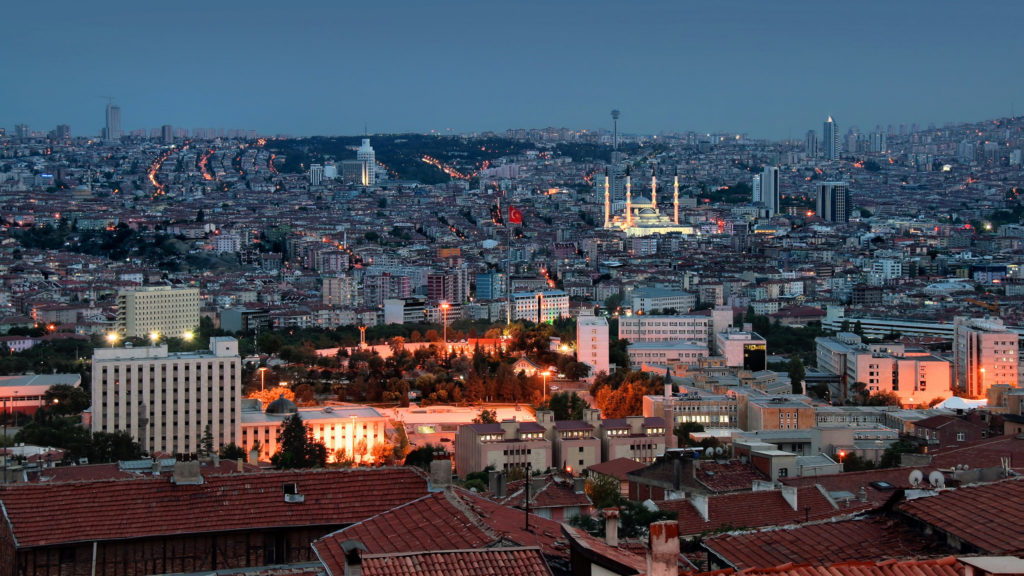 Ankara (Image by Jorge Franganillo/CC BY 2.0)

Anadolu Agency reported last night, August 12, that three deputies from parliamentary parties; Abdulhamit Gul, from the ruling AKP party, Bulent Tezcan from the largest opposition CHP party, and Mehmet Parsak from the right-wing opposition MHP party, discussed, as they have called it, the “mini constitution package”.

The meeting on the Turkey constitutional reform was preceded by continuous calls for the change of the Constitution by Turkish President Recep Tayyip Erdogan, especially after the July 15 coup attempt. Last month, even the PM of Turkey, Binali Yildrim, sent open invitations to all parliamentary parties, with the intention to engage in a fruitful discussion on Constitutional reform.

However, yesterday’s meeting once again left out Turkey’s 3rd largest party, the pro-Kurdish HDP, out of the state politics discussion, as the representatives of HDP were not invited.

The three deputies, before the meeting started gave short statements to the press, noting the need for the constitutional reform.

Road to Constitutional Reform in Turkey

While the ruling AKP party has pushed for Constitutional reform for quite some time, the opposition parties in Turkey were not open to the proposal. One of the AKP’s main intentions, related to their vision of the Constitutional reform in Turkey, is the installment of the “presidential system” in Turkish democracy which would give more power to the Office of the President, and replace the “cabinet system” which is still current today.

However, the post-coup Turkish politics have seen a major shift in the stances of the opposition parties on the Constitutional reform issue, especially the main opposition party, the Republican People’s Party (CHP), and the right-wing opposition party, Nationalist Movement Party (MHP).

A commission consisting of the representatives of AKP, CHP and MHP parties was formed and tasked to create a draft of necessary Constitutional changes or, the “mini Constitution package”.

On August 4, while talking to the press, President Erdogan explained the necessity of the Constitutional reform by arguing Turkey is not governable by 1950s laws, or laws made after successful coups.

Any changes to the Turkish Constitution requires the support of at least 367 MPs in the 550 seat Grand National Assembly of Turkey (parliament). The ruling AKP has 316 MPs, and its clear one more parliamentary party needs to support any proposal for constitutional change in order for it to pass.