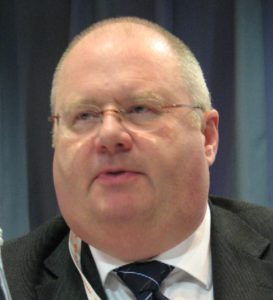 Former mayor of Tower Hamlets, Lutfur Rahman, was found guilty of election fraud in April 2015 after being accused of making promises of housing to certain parts of the community in return for their votes. According to the report, residents within the Pakistani and Bangladeshi communities of Tower Hamlets are thought to have been exploited by  Mr Rahman.

Mr. Pickles suggested that “pressure is being put on vulnerable members of some ethnic minority communities, particularly women and young people, to vote according to the will of the elders, especially in communities of Pakistani and Bangladeshi backgrounds.”

In the report, Mr. Pickles said that, “Research undertaken on behalf of the Electoral Commission in January 2015 within Pakistani and Bangladeshi communities in Britain revealed a lack of understanding of the voting process, and how electoral fraud could be committed.”

He continues, “This was allied in some communities to a concept of ‘kinship’ which meant that individuals felt obliged to operate as part of a collective community and not have individual choices. This can be exacerbated where there is a feeling that only by acting in concert will a community get its voice heard.”

The London Borough of Tower Hamlets is one of the most ethnically diverse areas in the UK, and has the highest population percentage of Muslims in England.

Pickles suggests that ‘permanent’ postal votes should be abolished and that ID’s should be required at polling stations for “proxy voters” to combat fraud. He also recommended that political activists be banned from handing out postal ballots, and that a new role be created within the National Crime Agency to tackle election fraud in the future.

Lutfur Rahman was banned from running for office for five years, and ordered to pay immediate costs of £250,000 ($320,000). The Labour Party won the subsequent by-election, leading Mr Rahman to bankruptcy.