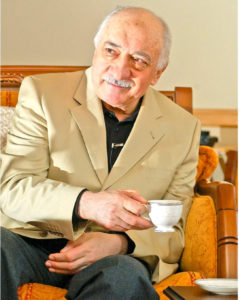 The announcement by the Turkish Justice Minister came after the official visit of Turkish MPs to theUS, during which they warned the US that not extraditing Gulen to Turkey could seriously destabilize ties between two nations. They noted that the decision to not extradite Gulen would be unacceptable to Turkey, and could have negative effects on regional stability.

Minister Bozdag explained to the press that the second request was sent (the first was sent on July 19), taking into account new information acquired by Turkish authorities. “We sent the request saying; ‘there are serious claims and expressions that Gulen has his hands involved in the coup attempt. This is why he needs to be arrested immediately.’ We have intelligence that he could flee to the third country”, Bozdag said.

Justice Minister stressed that he expects Washington to hear and meet Turkish demands, noting that if the US gave Gulen up to the third country, the relations between their two nations would be negatively affected.

Bozdag explained that Gulen cannot leave the US without the permission of the state. “I think the US cannot keep such a guilty person there anymore, under any circumstances.” Bodzag concluded.

Recently, Gulen wrote an Op-Ed for The New York Times in which he publicly requested not to be extradited to Turkey, and denounced any involvement in the coup attempt.

Recently, the President of the largest opposition party in Turkey, Republican Peoples’ Party (CHP), Kemal Kilicdaroglu, publicly supported Turkey’s request for Gulen’s extradition, paving the way for a united position of all Turkish parliamentary parties on this issue.