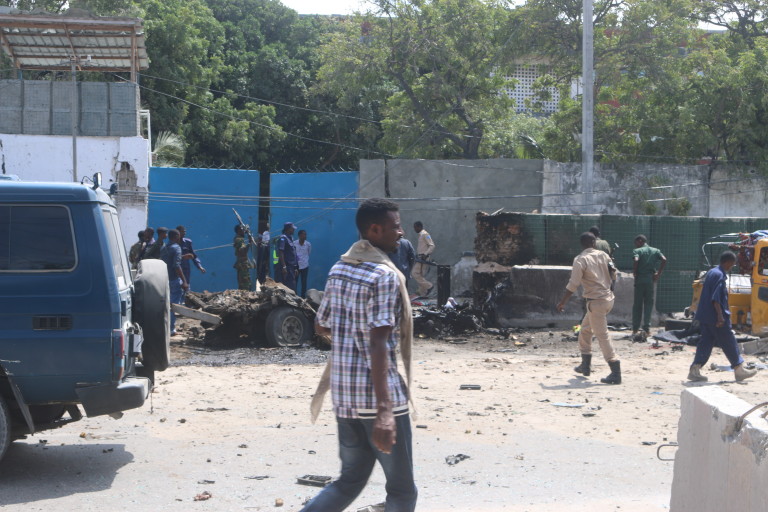 The first attack happened when a bomber rammed his explosives-laden vehicle at the main entrance of CID, then armed Al Shabaab fighters tried force their way into the ground, killing at least ten people, including five civilians. 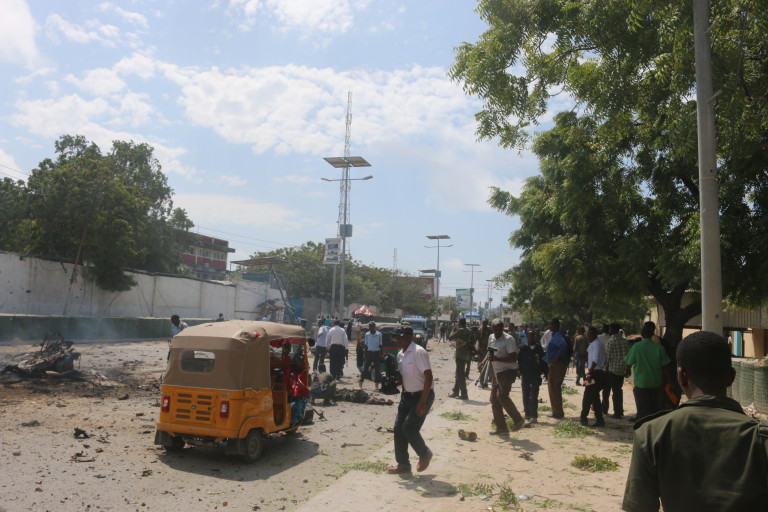 Minutes later, another car packed with explosives detonated at a checkpoint, targeting police officers guarding the CID compound, according to Capt. Osman Mohamed Hassan, a senior police officer who witnessed the incident.

Somali security ministry Abdirisack Omar Mohamed said, in a statement posted in his official Twitter account, that a police officer was killed while fending off the car bomb attack on CID.

The Minister has confirmed that at least seven Al Shabaab attackers were shot dead by the Somali security forces before they entered the headquarters of the CID, a main police office in the heart of Mogadishu. 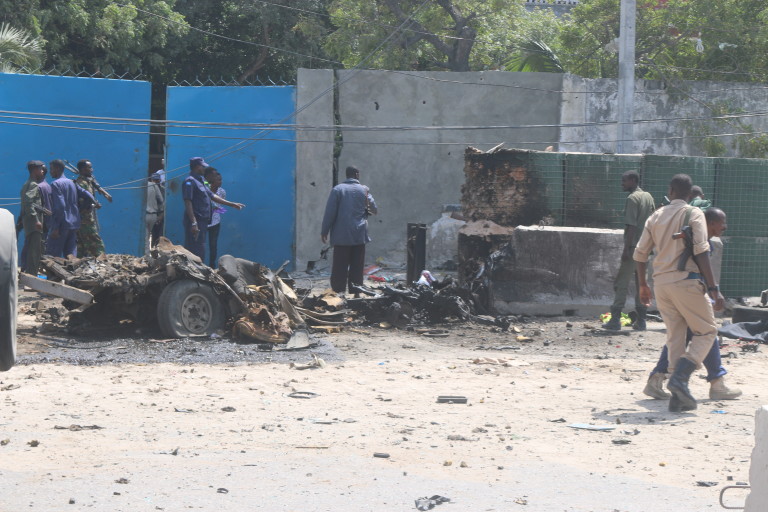 African Union Mission In Somalia, known as AMISOM, has strongly condemned Today’s attack on CID by Al Shabaab, and has promised to help the Somali federal government defeat the militants. 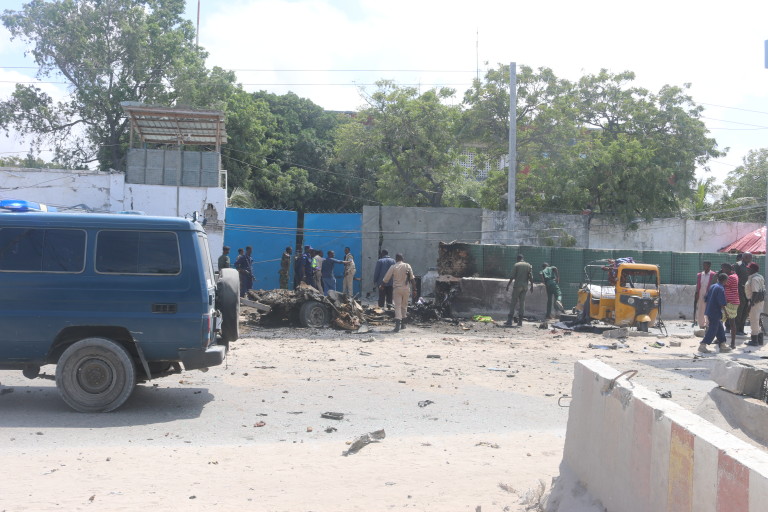 Sunday’s attack was the second suicide attack in the seaside capital of the horn of Africa in less than a week. Last Tuesday, at least 15 people were killed in double car bombs outside the Mogadishu airport. Despite being driven out of Mogadishu in 2011 by Somali and AU forces, Al Shabaab is still capable of carrying out attacks, including suicide bombings and gun attacks in the city.