PESHAWAR, Pakistan — 71 Taliban and ISIS fighters have been killed across Afghanistan, according to a statement released by the country’s Ministry of Defense. “57 terrorists including 36 Daesh [IS] fighters and a Taliban commander killed” as a result of operations in the “Nangarhar, Parwan, Laghman, Paktika, Paktia, Ghazni, Maidan Wardak, Kandahar, Farah, Jauzjan, Kunduz, Badakhshan, and Helmand” provinces.

Five of the American Security personnel have been reported wounded by Reuters, who quoted American General, John Nicholson. 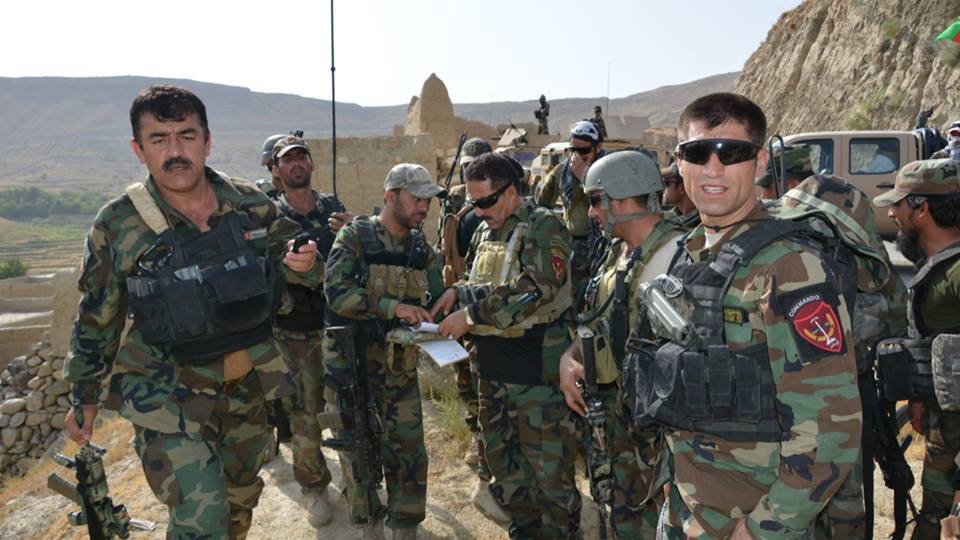 ANSF in operation in Nangarhar Province [Photo by the Nangarhar govenror office].

The statement adds that a search is under way in the Kot and Haskamena districts of the Nangarhar province, which has resulted in capturing arms and dead bodies of the Daesh [IS] killed fighters.

“The Flood of Anger operations started on the directives of the president [Ashraf Ghani] aimed to root out Daesh [IS],” read the press statement.

During the operations, coalition forces are taking part in bombardments and artillery fire, supporting the Afghan National Security Forces.

Taliban spokesman reported different attacks around the country on Afghan National Security Forces, and even showing a Tank bombed through an IED in a video message, which has not been verified independently.

Naqibullah, from the Ghazni province, told ArmedPolitics that two of his friends – both part of the Afghan National Security Forces – were killed in Taliban attacks. The deaths of two Afghan National Army personnel were verified by the Afghanistan Defense Ministry in its statement.

“One of my friends lost in the fight against the Taliban had earlier lost five of his brothers in Afghanistan National Security Forces”, says Naqibullah.

“The US says its bombs have caused 55 civilian deaths since the coalition air war against ISIS was launched two years ago. But campaign groups that keep a tally of the war’s civilian toll – including Amnesty and Airwars – say the real total is at least 10 times that number – and could be far higher”, The Guardian report reads.