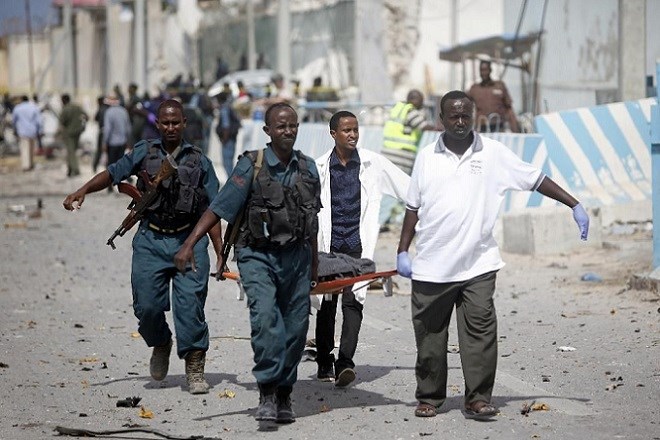 Security force members and medical workers moving wounded from the scene of the blasts.

Two vehicles packed with a large quantity of explosives went off at the main gate of Halane, the largest African Union Mission in Somalia (AMISOM), in Mogadishu on Tuesday morning at around 9:00AM local time.

The blasts sent a plume of white smoke to the city’s skyline that could be seen miles away from the war-torn seaside Somali capital, according to a witness who spoke to ArmedPolitics over the phone. 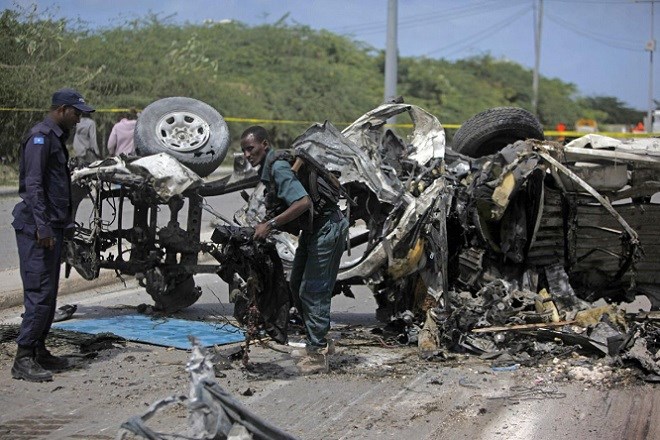 Somali soldiers removing remains of a charred car from the street after the attack.

In a Twitter post, African Union Mission in Somalia (AMISOM) confirmed that there had been two huge bomb explosions at checkpoints near entrances to its base at Halane, located next to the Mogadishu airport.

“AMISOM condemns these senseless attacks that aim to disrupt and cripple the lives of ordinary Somalis. These attacks must be stopped,” the AU mission said on Twitter.

ArmedPolitics has learned that one of the bombers who carried out the attack was a former Somali lawmaker named Salah Badbado; he drove his explosives-laden vehicle into a convoy of UN personnel outside Mogadishu airport. 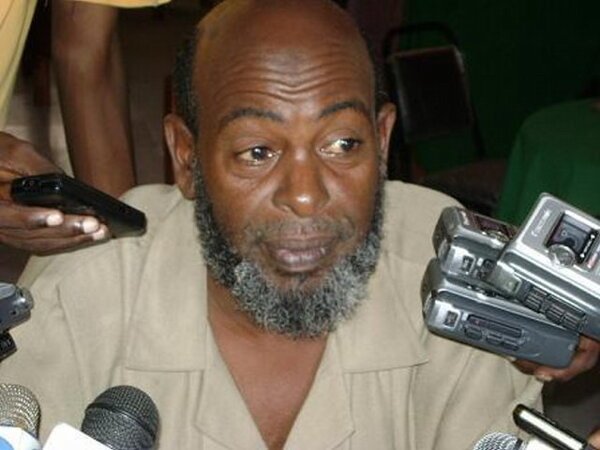 UN envoy for Somalia, Michael Keating, has condemned Tuesday’s attack in Mogadishu that killed dozens of people;  he added that no UN personnel are among the confirmed dead.

Reports said nine Ugandan soldiers, who are security guards of Unites Nations mission in Somalia, were among those killed in the car bombs. 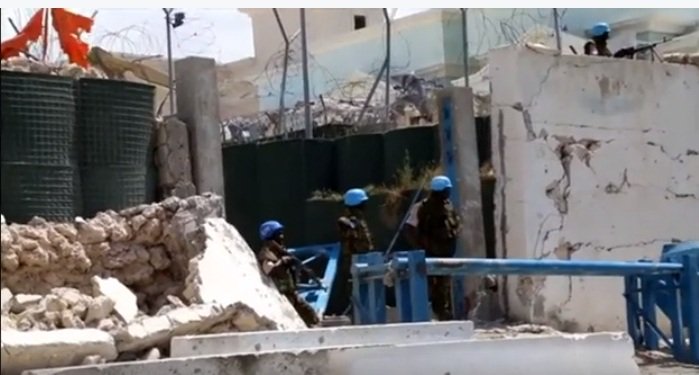 UN guard forces from Uganda looking at at scene of car bombs in Mogadishu.

In December, 2014, Al Shabaab carried out a major car bomb and gun attack on an AMISOM base in Mogadishu, and killed at least 10 AU soldiers and U.S. security contractors.