PESHAWAR, Pakistan — The demonstration held in the Dhemazang area of Kabul was targeted by two suicide bombers, killing 61 and wounding more than 207 in Afghanistan, with the government officials confirming the death toll, ToloNews quoted. The attack is claimed by the Islamic State, in a statement released by the Amaq News Agency [mostly releasing IS claims], Reuters quoted. 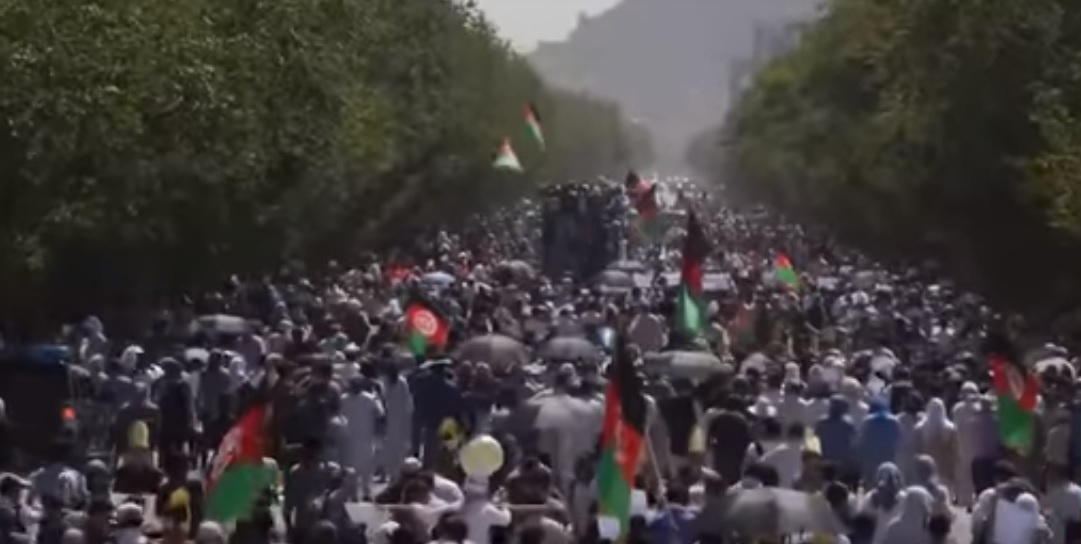 Afghan President Ashraf Ghani and Chief Executive Abdullah Abdullah condemned the attack on peaceful demonstrations. “Deeply grieved by the explosions among protesters today in Kabul”, read the statement quoting President Ashraf Ghani, released from ARG, the Presidential Palace. “Holding protests is the right of every citizen of Afghanistan, and the government puts all efforts into providing security for the protestors, but terrorists entered the protests, and carried out explosions”.

I condemn the attack and pray for those who lost their lives or got injured in the terrorist attack today. -AA 2/6 #Kabul #KabulProtest

The same sort of demonstration was held months ago, and Afghan President Ashraf Ghani had vowed that the Bamyan would be given power supply from the Turkmenistan-Uzbekistan-Tajikistan-Afghanistan-Pakistan (TUTAP) project; the political and social groups of Bamyan believe they are ignored in the TUTAP project, thus being the reason they had started protesting.

The Taliban spokesman, in his statement, said that the Kabul attack has nothing to do with their organization, and called it one of the acts dividing the masses of Afghanistan. Ex-Afghan spy Chief Amrullah Saleh doesn’t consider the Daesh [Islamic State] a force in Afghanistan other than the trained militants from Pakistan.

The Islamic State is making their history in attacking sects and minorities across Iraq and Syria; the same happens in Afghanistan after they claim the attack.

Pakistani and Afghan Taliban paid their allegiance to Islamic State

According to reports, it was not only the TTP Orakzai commander, but several other top commander of the Afghan Taliban and Pakistani Taliban groups joined their hands with the Islamic State after they believed that the former emir of the faithful Mullah Muhammad Omer was no longer alive.

Afghan National Security Forces, coalition forces, and United States drone strikes have given a tough time both to the Afghan Taliban and Islamic State fighters across the country for the last two months, and this has caused casualties on both sides of the conflicting groups.

Though the Islamic State has not having an active media spokesperson, their activities are claimed from the Middle East where their leaders and media teams are having strong influences.