Recently, the President of Croatia announced an early parliamentary election to take place September 11, thus ending one of the worst political crisis in the nation’s history. 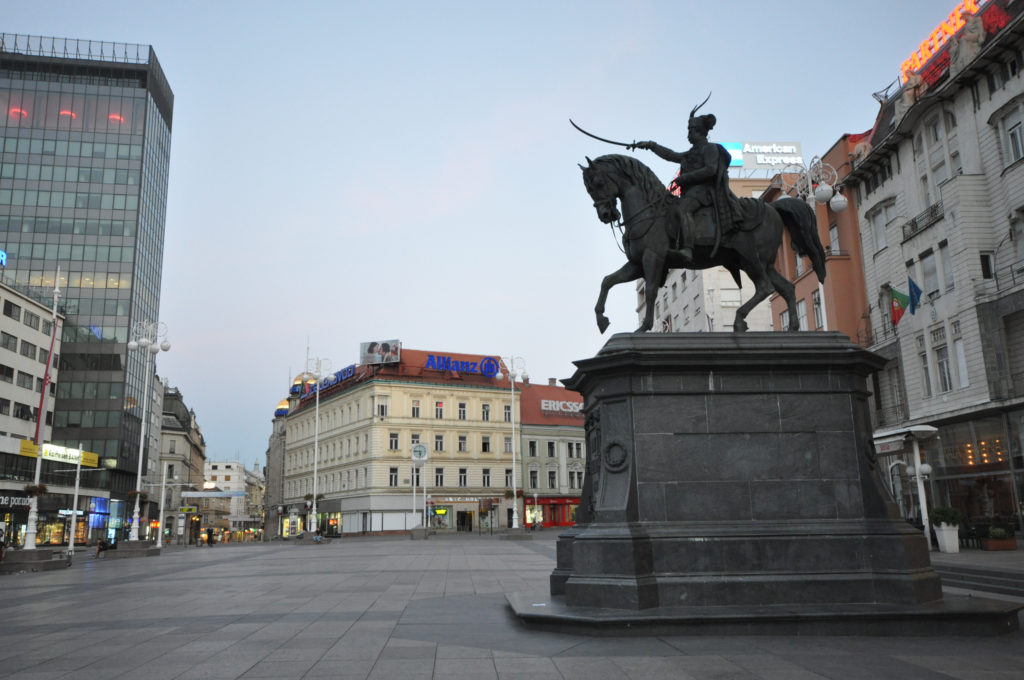 The last election, held on November 8, 2015, resulted in a “hung parliament”, negating a clear parliamentary majority for the two major Croatian parties – the right-wing HDZ, and the left-wing SDP.

However, the most shocking thing of the 2015 election was the rise of the Bridge of Independent Lists (MOST), who finished third.  While most experts in Croatia and abroad expected a devastating downfall of the left wing Social Democratic Party who ruled from 2011-2015, they were proven wrong by the results.

It’s fair to say that compared to the 2011 election, in which SDP won 40% of the vote and 73 MPs, SDP had lost a lot of support during the 2015 election.  But the left-wing HDZ didn’t win a lot; at least not enough to form a government. HDZ and SDP basically got the same number of MPs – 56, if we count out 3 MP seats HDZ got from diaspora (or Bosnia and Herzegovina to be exact).

The unofficial “two party” system of Croatia, which was shattered by the sudden rise of the Bridge which won 13 % of the vote and 19 MP, was destined for crisis from the start. Why? Because the two major parties were accustomed to govern on their own or with some traditional allies in the minor parties.

While the rise of the third party in the two-party block systems can be argued to be good for democracies ,that wasn’t the case in Croatia. The third party Bridge was obviously unprepared for the success it got.  The leader of the Bridge, Božo Petrov, was in my opinion, absolutely frozen by fear from the responsibility he faced as the “most important guy” for forming the government.

It was clear from the start: HDZ and SDP would not form a coalition government after the 2015 election results, due to their traditionally adversary relations. So, the Bridge and its leader Božo Petrov had the power to decide almost everything, and to make any demand to SDP or HDZ in the negotiations for forming the government. Basically, Bridge was destined to decide: will Croatia have a new right wing government or the old left wing government?

And wow, did Bridge chose wrong.

Yes, the Bridge in its “infinite wisdom” chose HDZ as its coalition partner for forming the government and placed an unknown businessman, Tihomir Orešković, as the Croatian PM.

And let’s not forget the background of confusion and uncertainty against which the Bridge-HDZ deal was struck. Also, let’s not forget the accusations by the SDP, which pointed out a peculiar influence and “pressure” by the Catholic Church on Bridge to choose HDZ instead of SDP.

And what to say about the now “impeached” Prime Minister Orešković, who was left with only Bridge’s support until the end?

Well, let’s just say Orešković is a man who can barely speak Croatian; if that is not enough, let’s remember his statements in which he pondered “why?” Croatians are so hung up on the past, and still bring back the WWII divisions of “partisans” and “ustashas”. Only a person who is completely ignorant about the significance of WWII in the history and mentality of Croatia and the West Balkans in general would ponder about that.

Those are just two anecdotal examples. On a serious note, Orešković accomplished nothing as the PM; he had no initiative, no vision, and was a hostage of the HDZ-Bridge conflicts.

Anyway, the outcome of the political crisis is known – after resignations, impeachment of the PM, civil protests, dissolution of parliament and harsh accusations, Croatia will have an early election.

Who will win in Croatian early election?

Again, the top two contenders to win the early election are SDP and HDZ. However, both parties had their party elections in the 2015 parliamentary election. SDP reelected Zoran Milanović, the former PM of Croatia again in quite an engaging and thrilling election between two candidates, while the crisis in HDZ initiated by Karamarko’s resignation for the position of its chief resulted in not as interesting of a vote for only one candidate for the chief position: Andrej Plenković, MEP.

It seems to me that the lack of choice, and one candidate party elections in HDZ, is a sign of a “lack of confidence” in the face of the upcoming early election. A party of over 60,000 members who leads a coalition of 56 MPs, and has 4 MEP, should have had more than one candidate for its President, especially considering the circumstances in which Karamarko resigned.

While a few political analysts argued that Plenković is a game changer for the early election, and that his presidency of the HDZ will revive the party they offer no evidence or argument to back that claim, so I really don’t think so. Why? Charisma problems and lack of vision, just to name a few.

On the other hand, I expect the Bridge of Independent Lists (MOST) to be the biggest loser of the upcoming early election; they played their cards wrong and lost the initial support gathered in 2015. While it was speculated about their ideology, it was overshadowed by their economic and social messages, and now it’s understood-they are a center-right party who hasn’t shown the change that  they promised.

It can be argued that their potential for bringing change was blocked by the much more experienced HDZ, but that is just a result of their poor choice on who to pick as their partner to form the government. To be blunt, I think all the choices that they made were mistakes. HDZ as partner was a mistake, Orešković was a mistake, supporting SDP’s motion for Karamarko’s impeachment was a mistake, and yes, playing the last line of defense for Orešković when everybody in the country knew he was going to be impeached was a mistake.

So, it can be expected that the Croatian political arena will again become bipolar following the results of an early election as Bridge will go down in history as an “outsider” who blew its chance, and was dead on arrival as soon as it formed the government.

This year’s civil protest, in particular the one for a comprehensive curricular reform, shows the ideological revival of the left, secular sentiment in Croatia, and that could play a part in the early election. However, let’s not forget the refugee crisis which has almost consistently helped out the political right in Europe. But, the Refugee crisis is not really a top issue in Croatia, as the refugees mostly just cross through Croatia on their way to other countries, and as Croatia is only obliged to host over a 1000 refugees.

The other “international” issue that could reflect on the election is the Croatia-Serbia conflict on the latter’s EU accession; Croatia blocked opening Chapters 23 and 24 for Serbia, mostly due to the controversial Serbian law that grants it jurisdiction to prosecute war crimes committed in the former Yugoslavia; that could be an advantage for the Croatian right: playing “the nationalism” card.

If I was a betting man, I would put my money on the left to win, as the September Croatian early-election results will probably give some insight into what to expect in the Bosnian local election in October.