PESHAWAR, Pakistan — Seven members of the anti-Taliban peace force (lashkar) were killed when their vehicle was hit by an IED in the Dir district of Khyber Pakhtunkhwa. Another peace committee member was killed in a separate attack in the Sawabi district.

Tehreek e Taliban Pakistan, the militant wing active in Pakistan, claimed responsibility for the attack on the peace force members. 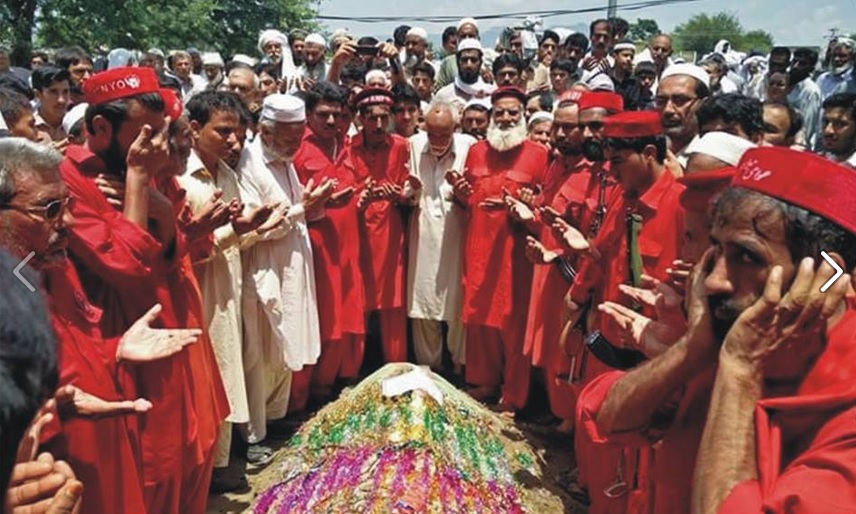 “The Taliban targeted the car of the anti-Taliban force with an IED that has killed approximately five members”, says Muhammad Khurasani, the spokesman of Tehreek e Taliban Pakistan said in an email to journalists.

Local sources from the area confirmed the death of 7 people killed in the IED attack, but it has not been independently verified if all the deceased were peace force members. Another attack on Shoaib Khan, a former member of the provincial assembly for Khyber Pakhtunkhwa and local leader of the Awami National Party, was killed in a targeted attack in the Swabi district.

Tehreek e Taliban Pakistan’s ‘special task force’ attacked the Awami National Party’s leader and former member of the provincial assembly Shoaib Khan when he was at his residence, told Khurasani.

The premier of Pakistan has condemned the blast that took place in Dir, killing seven. “Nawaz Sharif said terrorists have been defeated and their remnants are on the run”, Prime Minister Nawaz Sharif said, quoted by Radio Pakistan, the state run Radio.

Nawaz Sharif said terrorists have been defeated and their remnants are on the run. https://t.co/CjK0kWsnEv

The Awami National Party, a nationalist political party having secular political ideology, led the Khyber Pakhtunkhwa provincial government from 2008-2013. The Pakistani Taliban has attacked the party across the country and killed hundreds of its members.

The ANP’s government in the province had launched a “peace force”, locally called (Amn-Lashkar), that was aimed to recruit locals in different parts of the province to provide protection to the local communities and villages from the Taliban attacks.

“For a long time, the terrorists have launched their terror campaign against the followers of non-violence, and they claim responsibility for these attacks, to date killing 1000 activists of ANP,” Afrasiab Khattak, former senator and central leader of the Awami National Party told ArmedPolitics via a telephone interview. “The state has not provided us security, nor have the state agencies arrested a single culprit involved in the killing of our party workers and peace followers.”

Murder of 7 peace force members by terrorists in Upper Dir today finds no mention in media or pol comment. Pakhtunkhwa already written off?

The Tehreek Taliban Pakistan was created in 2007, when the then-general-turned-President Pervez Musharaf was internationally pressurized and had joined the “war on terror” in 2001, and arrested Taliban and Al-Qaeda members. Musharaf himself, his cabinet ministers, and the then provincial government officials from Khyber Pakhtunkhwa came under attacks claimed by TTP.

The secular and liberal parties of Pakistan were collaborating when different operations were launched against the Taliban and Al-Qaeda operatives; the launch of operations and government decisions resulted in higher numbers of Taliban bombing and target killing attacks as retaliation against the Awami National Party, the Pakistan Peoples Party and the Mutahida Qaumi Movement (MQM) or United National Movement.

The Taliban has openly threatened Prime Minister Mian Nawaz Sharif, and his party Muslim League Pakistan, as a result of their government involvement and for the launch of the Zarbeazb operation across Pakistan’s federally administered tribal areas (FATA).

The book called “Inside Al-Qaeda and Taliban”, written by Saleem Shehzad who was an investigative journalist later killed by unknown murderers in the capital city Islamabad, is of the view that the Tehreek e Taliban Pakistan was actually a local Al-Qaeda group to avenge Pakistan for the operation against its operatives, and their arrests in the post-9/11 war on terror.