PESHAWAR, Pakistan — Including the death of 11 militants from Islamic State and a commander of the Taliban, the Afghanistan Ministry of Defense has announced today that they have killed 68 militants across Afghanistan’s different provinces. 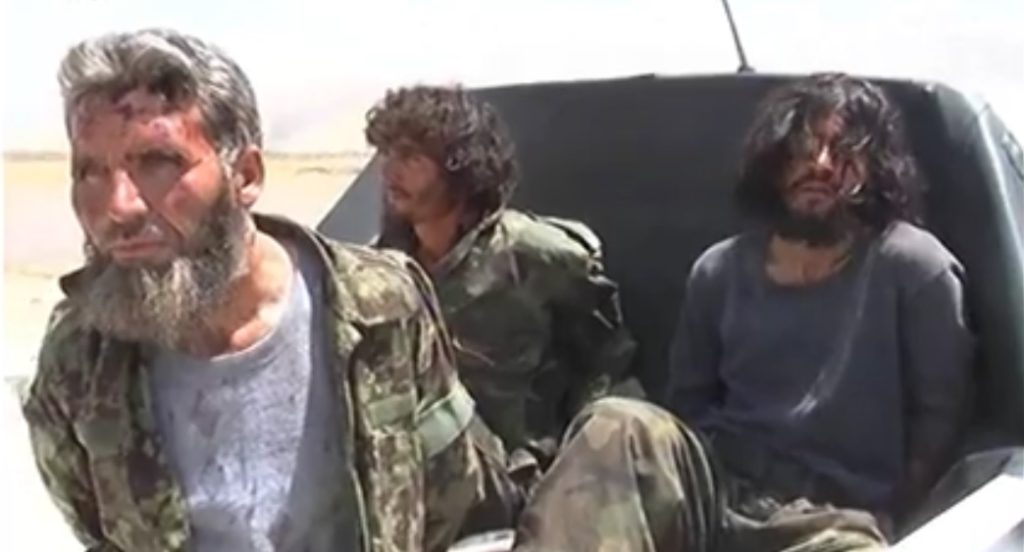 Photo of arrested militants from the video released by National Directorate of Security [NDS Afghanistan].

The operations by Afghan National Security Forces were launched in the Nangarhar, Khost, Ghazni, Zabul, Farah, Heart, Jauzjan, Takhar and Helmand provinces. The statement released by the officials of the ministry states, “5 members of the Daesh [Islamic State] are wounded”.

The hideouts of the Daesh [Islamic State] were targeted in the Achin and Kot districts of Nangarhar, thus resulting in their deaths; air strikes and ground forces were jointly taking part in the operations. Earlier reports by the ministry had confirmed death of 27 militants, including both Taliban and Islamic State fighters.

In a statement released for the media, the Taliban spokesman has blamed Afghan security forces for attacking “civilians” in the Kandahar’s Maiwand district, that resulted in killing “30 people”. The death of civilians in Afghanistan have not been confirmed. On the other hand, several attacks on Afghan Security forces and a rocket attack on the Bagram Airbase are also claimed; the Taliban attacks and the highly exaggerated number of casualties on the government and coalition security forces has not been verified independently.

Afghan Security Forces have sped up the number of operations across the country for last months, which has resulted in the killing of more militants from the Taliban and Islamic State.

Since the operation control was given to the Afghan National Security Forces in 2014, the Taliban and other militant resistance has increased. But the Afghan security forces have a well organized response to their rival on the ground, which shows “the ANSF capacity of counter terror plans,” said Aqil Yousafzai, author and journalist who is focusing on militancy in the region, to ArmedPolitics. “Taliban has clearly asked for the complete removal of the foreign forces, to be seek easy control of the Kabul regime, which is not possible in the presence of coalition forces”.