UK Prime Minister, Theresa May’s cabinet shake-up has been named one of the most brutal in recent history. David Cameron’s right-hand man and former Chancellor of the Exchequer, George Osborne apparently left No.11 Downing Street by the back door after being sacked by Theresa May yesterday morning. Following Osborne was David Cameron’s Education Secretary, Nicky Morgan and controversial Justice Secretary Michael Gove. 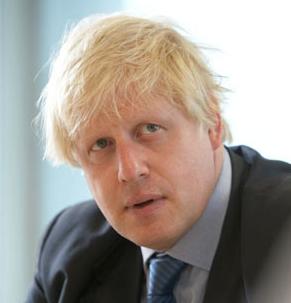 If there was one person the EU did not want to see as the United Kingdom’s international representative during Brexit negotiations, it was probably Boris Johnson. After being snubbed of his chance to run for leader many of us thought this was the last we would see of Boris though he continues to surprise us all.

Talking to the BBC, an EU source said, “Everyone in the European Parliament thinks it’s a bad joke and that the Brits have lost it.”

For a man who will be the UK’s top diplomat, he has made some very diplomatic blunders in his time. Mr Johnson’s poem about Turkish President, Recep Tayyip Erdoğan having sexual relations with a goat, only two months ago, won a competition run by the Spectator. Also, his suggestion that Barack Obama did not back Brexit because his father was Kenyan was a triumph for the Leave campaign in the run-up to the referendum.

In all seriousness, Boris Johnson is a very clever man. If it wasn’t for Michael Gove stabbing him in the back during the leadership elections, it could well have been Mr Johnson holding the keys to No.10.

He knew that immigration was a huge issue for the British public and was one of the main arguments for the UK to leave the EU. Despite this, Johnson is proudly pro-immigration being born in New York and living in Brussels from the age of nine until he was until he was eleven – his father worked for the European Commission during this time. His grandfather was Turkish and his grandmother was Swiss and he is fluent in several languages. Although he may play the buffoon, he is anything but.

Mr Johnson, less than twenty-four hours into the job, is currently in Nice following the Bastille Day attack yesterday evening.

A cabinet of women?

Theresa May said, upon being made Prime Minister, that she would like to see a record number of women in the Cabinet. Although seven women now hold positions on the front bench compared to David Cameron’s five, seven out of twenty-four is hardly revolutionary. 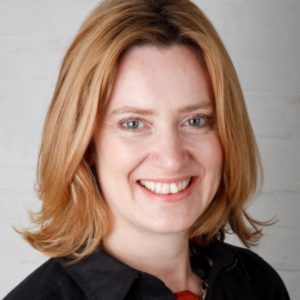 For those who thought that a woman Prime Minster would be a feminist Prime Minister were disappointed early on as the two biggest jobs, Chancellor of the Exchequer and Foreign Secretary went to Philip Hammond and Boris Johnson.

Amber Rudd, a prominent figure for Remain during the referendum campaigns, holds the most senior woman’s position in Theresa May’s cabinet taking the PM’s old job as Home Secretary.

Andrea Leadsom was a shock appointment to the cabinet taking over Liz Truss’ position as Secretary for Environment, Food and Rural Affairs.

Leadsom plummeted out of the Conservative leadership contest after suggesting that she would make a better Prime Minister than Mrs May because she was a mother.

Of course, Mrs May’s cabinet is a fantastic move forward for women Conservatives compared to the last female Prime Minister, Margaret Thatcher who rarely employed a woman in the cabinet over her entire eleven-year leadership.

Hammond has already stemmed away from Osborne’s approach to the nation’s economy by ditching the former Chancellor’s plans to issue a post-Brexit “emergency budget”.

Mr Osborne and former Chancellor, Alistair Darling warned during the referendum campaign that a Brexit vote would lead to £15 billion in tax rises and £15 billion in spending cuts.

Philip Hammond said this morning that Britain would have to leave the European Union’s single market although he will negotiate with the bloc to regain access. Hammond reiterated that markets and business confidence will be affected by Brexit.

He said, “Businesses now want to take stock, want to understand how we will take forward our renegotiation with the EU, what our aspirations are for the future trading relationship between Britain and the European Union.”

Philip Hammond is certainly experienced when it comes to serving as a cabinet minister. In featuring on the front bench for both of David Cameron’s governments, he has worked as the nation’s Transport Secretary, Defence Secretary and, most recently, as Foreign Secretary.

The infamous note left for George Osborne by the Chancellor of the last Labour government, Liam Byrne that read “I’m afraid there’s no money” was intended for Mr Hammond who was expected to take the position in 2010. It would seem that if George Osborne’s predictions for the UK’s post-Brexit economy are correct, Philip Hammond could be wishing he was in his predecessor’s shoes.

It is no secret that Theresa May backed Remain in the referendum campaign, as did 185 of the 323 Conservative MPs in government, although throughout the Conservative leadership contest, the Prime Minister was adamant that “Brexit means Brexit” and that she would act on the will of the people. Despite this, her cabinet is full of Remainers with less than a third of the cabinet going to Brexiteers.

Despite this, the Prime Minister did set up a brand new department in government for the UK’s Brexit negotiations headed by Eurosceptic, David Davis. Foreign affairs, international trade and international development will also be headed by Brexiteers. The appointment of Boris Johnson, Liam Fox and Priti Patel in these positions does give hope to those eager to trigger Article 50 and get negotiations underway although the PM is adament that nothing will happen until 2017.

Theresa May’s maiden speech focussed on continuing what she suggested would be David Cameron’s legacy – social justice reform. Of course, the former Prime Minister will most likely be remembered as the man who accidently left the European Union.

The vote to leave the European Union may also lead to the breaking up of the United Kingdom as the Scottish government seeks a second independence referendum after it resoundingly voted to remain a part of the EU.

It would seem that like David Cameron, Theresa May’s leadership will be defined by Europe and how she handles a nation coming apart at the seams.