Ghani had raised concerns over Pakistan’s differentiating among terrorists on the basis of “good and bad terrorists” while he attended the last week NATO’s Warsaw Summit. 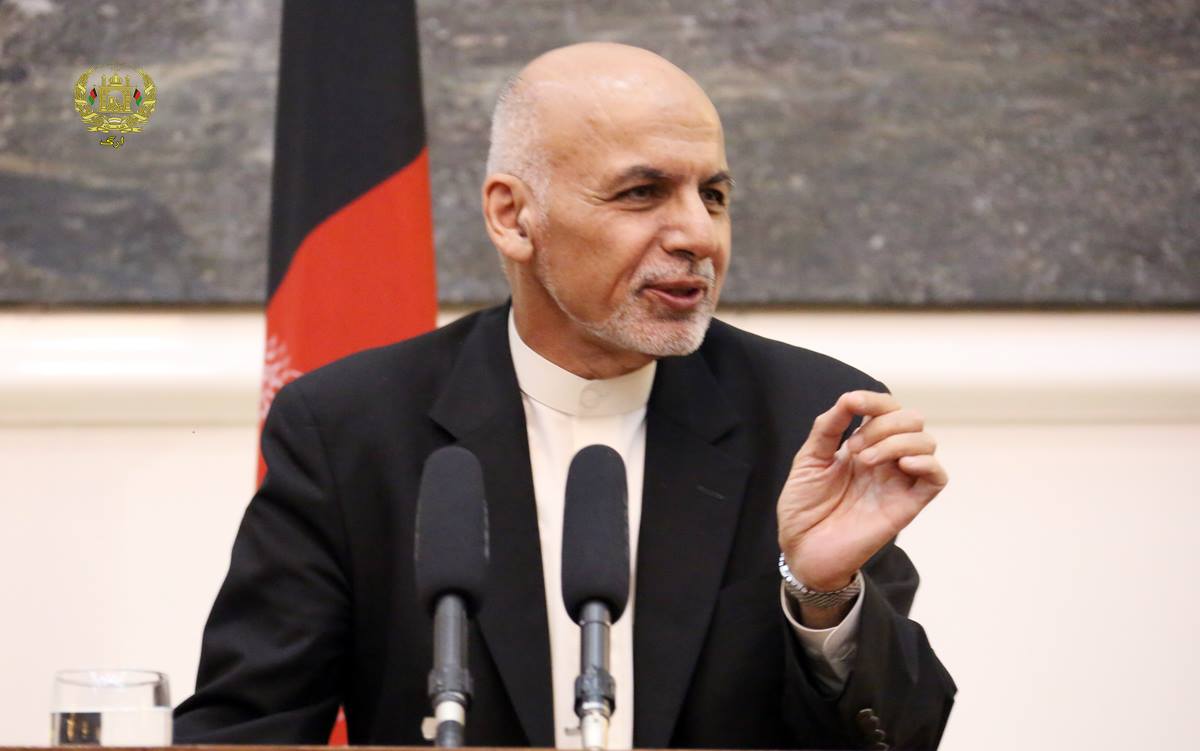 The Quadrilateral Coordination Group of Afghanistan, Pakistan, China and the US had initiated the process of peace talks with the Afghan Taliban,  and the Taliban had refused to attend the gatherings by the group.

This hard statement comes from the office of the Afghan President after several attacks by the Taliban on Afghan security forces and civilians across the country, and the death of the Afghan Taliban supremo Mullah Akhtar Mansour in a US drone strike on Pakistan controlled soil in Nushki, Balochistan.

We don't expect Pakistan to bring us peace. We want Pakistan to banish those groups from its territory that fight against Afghanistan.

“We don’t expect Pakistan to bring us peace. We want Pakistan to banish those groups from its territory that fight against Afghanistan.”, tweeted through the official account of the president. “The war is imposed on us, and we don’t want war. We want a durable peace. All our neighboring countries should respect our sovereignty”.

One and a half decades ago, the Taliban launched their war against coalition and Afghan security forces. This took place after the “Islamic Emirate of Afghanistan” was attacked by coalition forces, and a new Afghan government was installed by the leadership of the then president Hamid Karzai.

Recently, the former American Ambassador for Afghanistan and Iraq, Zalmey Khalilzad, was quoted as saying “…recommend the US congress to declare Pakistan a nation sponsoring terrorism.” Voice of America, Deewa Pashto quoted: “US should stop all non-humanitarian & non-educational assistance to Pakistan”.

Both former President Hamid Karzai, and current President Ashraf Ghani, made several moves to go for peace initiatives with the Taliban and shook their fingers at Pakistan for harboring the Taliban leadership, “Quetta Shura, Haqqani Network”.

The Pakistani government always denies such claims by the Afghan leadership, and calls the Taliban war an issue of the Afghans, where the Taliban want “no invaders” inside Afghanistan and Sharia Law rule.

Afghan Taliban spokesman Zabihullah Mujahid stated “American leaders should accept the realities instead of giving empty talk, end the occupation, and save yourselves from international shame through use of reason and logic”, in reaction to the visit of the U.S. Secretary of Defense to Afghanistan. “Our struggle against the invaders shall continue until the complete independence of our country, and establishment of a pathway for an Islamic system. No threat can ever stop our struggle in this path”.