Serbia has no intentions to repeal the Law of Universal Jurisdiction, and will continue to enforce it, said interim Serbian prosecutor for war crimes, Milan Petrović, during an interview for Radio Slobodna Evropa (Radio Free Europe). 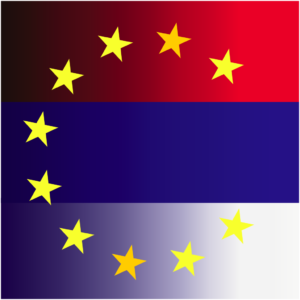 The argued Law of Universal Jurisdiction, which grants Serbia the power to prosecute war crimes committed in the former Yugoslavia during the 1990s, was one of the reasons for Croatian blockade of Serbian EU accession talks.

As ArmedPolitics previously reported, Serbia was blocked twice by Croatia in its EU accession talks. Croatia made a request to Serbia to repeal the argued law, but after the second blockade of Serbian EU membership talks on June 27, Foreign Minister of the (fallen) Croatian government stated that Serbia will have to relinquish its jurisdiction claims on Croatian territory.

However, during the interview for Radio Slobodna Evropa, Milan Petrović stated that Serbia has no intentions of repealing the argued law, and that the prosecutor’s office is currently working on active war crimes cases in which the main suspects are citizens of Croatia.

Petrović added: “Serbia has no intention of repealing the Law of Universal jurisdiction. The Prosecutor’s office still enforces this law. The repeal of this law would prevent us from prosecuting war crimes, and all those who committed war crimes could live in peace and avoid responsibility”.

However, after Petroviić’s statements, the Croatian ambassador to Serbia, Goran Markotić, said that “he expects the issue of the Law of Universal Jurisdiction to be settled soon”.