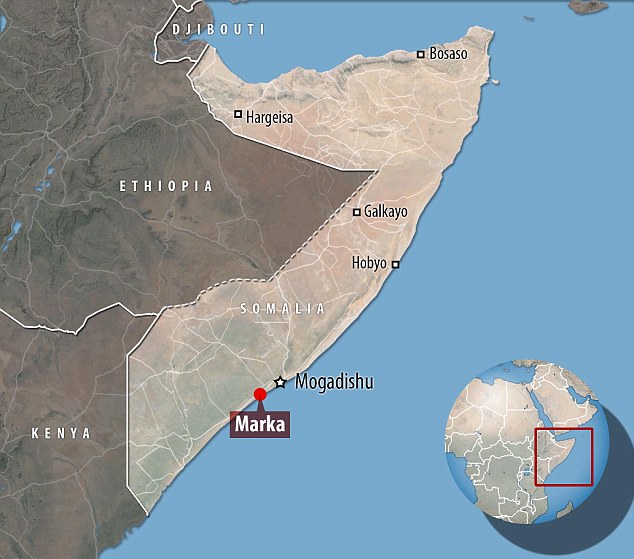 MOGADISHU, Somalia — Heavily armed fighters from the Al Qaeda-affiliated Al-Shabaab have launched a coordinated assault on a military base in the town of Laanta-Buuro, which is situated in the Lower Shabelle region of Southern Somalia, military personnel and residents said.

The attack began at around 1:00 A.M. local time when a bomber rammed an explosives-laden vehicle into the Somali National Army (SNA) camp. The fighters then stormed the camp and sprayed the soldiers with bullets, according to residents.

“Al Shabaab fighters have attacked a SNA army base in Laanta Buuro town, blasting their way into the compound and exchanging fire with Somali soldiers,” a senior Somali military official in the area told ArmedPolitics by phone.

Al Shabaab has claimed responsibility for the attack, saying it killed more than 30 Somali soldiers and seized seven battle-wagons, including three bullet-proof vehicles.

“Today, our fighters have carried out a major attack on the enemy base in Laanta-Buuro town in the Lower Shabelle province, and killed over 30 soldiers in the assault,” said Sheikh Abdulaziz Abu Musab, the military operations spokesman for Al Shabaab who spoke to the group’s Andalus Radio.

Abu Musab said Al Shabaab briefly seized control of the army base after the militants overpowered the Somali army soldiers during the firefight. He said the attack began last night and raged on until Monday morning.

Meanwhile, Somali military officials in the region claimed that they retook the base and pushed back Al Shabaab militants from the town, which lies about 40 Km south-west of Mogadishu, the capital of Somalia.

The officials said Al Shabaab have exaggerated the number of casualties. They also deny the group’s claim of killing 30 soldiers in the attack and seizing military vehicles.

In a separate incident, Al Shabaab militants peacefully retook control of Marka, a coastal town in the same region, 100 Km south-west of Mogadishu on Monday after Somali and AMISOM troops withdrew from the town on Monday; AMISOM has denied that Marka was taken by Al Shabaab.

Somalia has been in chaos for more than 25 years after the former military regime, led by Gen Siad Barre, who ruled the country in the horn of Africa for 26 years, was ousted by armed clan warlords in 1991.