Amid sufferings and the increasing rate of unemployment in the country, last week the government of Lagos State finally restricted street hawking in the metropolis. This was sparked by the death of a trader who attempted to escape arrest by officers of Keep Against Indiscipline (KAI), a task force saddled with enforcement of civic and other environmental related laws in the state. 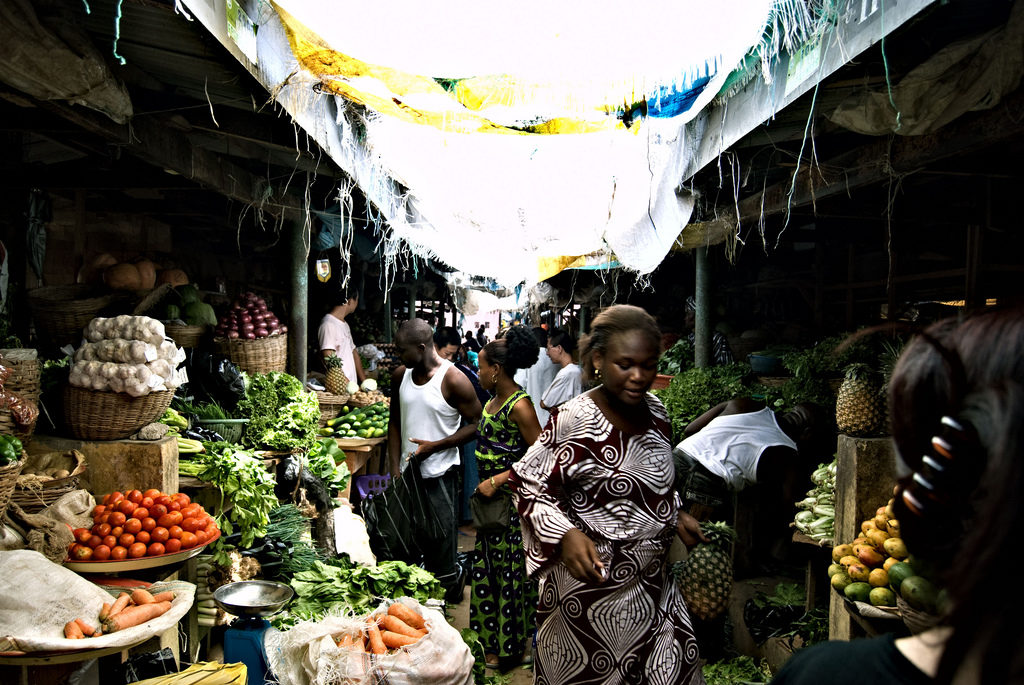 Market in Lagos (Image by shawnleishman, CC-BY-SA 2.0 via Wikimedia Commons)

Responding to this latest move, the state governor, Akinwunmi Ambode, stated that “the issue is we need to enforce our laws because we already have a law in respect of that and then there is a clause in it which says the buyer and the seller are both liable and that we are going to fine them either 90,000 naira (300 dollar) each, or a six month jail term.”

On whether there is any alternative to relieving the financial pressure of some traders, he urged them to access the 25 billion Naira Employment Trust Fund which was established by his government, and is aimed at easing the ways of doing business and creating more jobs in Lagos State. He can rightfully take some satisfaction in this program, but doubts remain if it could reach the target beneficiaries.

Certain conditions have exacerbated the increase in street hawking in Nigeria, chief among them: Poverty. Both past and present systems of local government have inflicted abject poverty through anti-masses and elitist policies. However carefully designed the policy statements and laws may appear on paper, they suffer unfaithful implementation by bureaucrats.

For instance, most of those benefiting from the various form of loans disbursed by Bank of Industry (BOI) are middle-class. Lower-class citizens have often been marginalized from securing funds for trading, defeating the loan purposes. And where small and medium sized enterprise loans exist for traders, politicians hijack those options by enlisting party members and ghost applicants as beneficiaries.

It should mentioned that when any poor Nigerian does finally secure a loan for setting up business, convoluted processes and regulations are encountered in the hands of private money lenders such as LAPO, Grooming, and other micro-finance institutions. Unlike Bangladesh, where capital to local traders is supplied directly via local banks by the country’s Central Bank, Nigerian local traders’ chances of accessibility to loans are slim and much like the long walk by Israelites to the Promised Land from Egypt.

The best answer to the eradication of ‘street hawking’ is massive government intervention in poverty alleviation programs by the provision of sustainable jobs across all sectors of the economy.