Yesterday, The Permanent Court of Arbitration in Hague announced it will continue hearings on the 25-year long territorial dispute between Croatia and Slovenia over the Gulf of Piran. 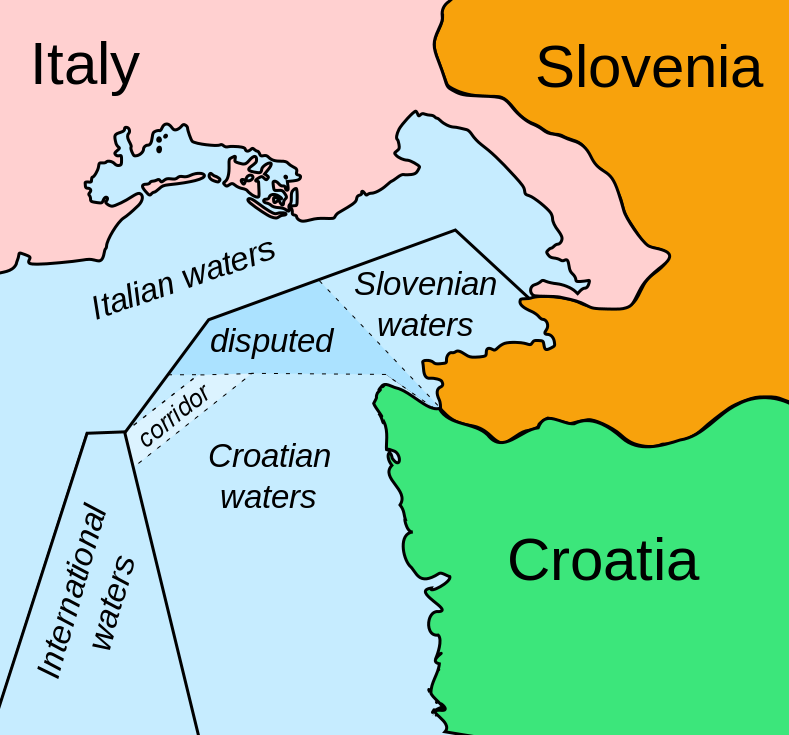 The Court’s written statement notes that the hearings will be resumed, despite the fact that Slovenia violated the Agreement of 2009. The Court concluded in its statement that the Slovenia’s violation of the Agreement was not so serious as to warrant Croatia’s exit from the court process.

The Croatian government reacted to the Court’s statement, saying “Croatia is not bound by the Courts decision”.

The Prime Minister of Slovenia, Miro Cerar, welcomed the Court’s decision, noting that his country will stay dedicated to the court process. He added that the Permanent Court of Arbitration is able to make a fair ruling. “Slovenia will respect the Courts decision, and the same is expected of Croatia” he concluded.

The President of Croatia, Kolinda Grabar Kitarović, commented on the Court last week, arguing that the Court and its subsequent decisions are “irreparably compromised”.

In 2008, Slovenia blocked Croatia’s EU accession due to the Gulf of Piran dispute. In 2014, after both nations agreed to settle the dispute in court, sessions of The Permanent Court of Arbitrations started. However, after Croatian media leaked a recording of an unauthorized phone call conversation between the judge at the court and the Slovene representative to the court, Croatia abandoned the process. During the phone call between the Slovenian judge at the court, Jernej Sekolec, and representative of the Slovenian government, Simona Drenik, it was mentioned that Slovenia will be awarded with 75 % of the Gulf of Piran by the Court.