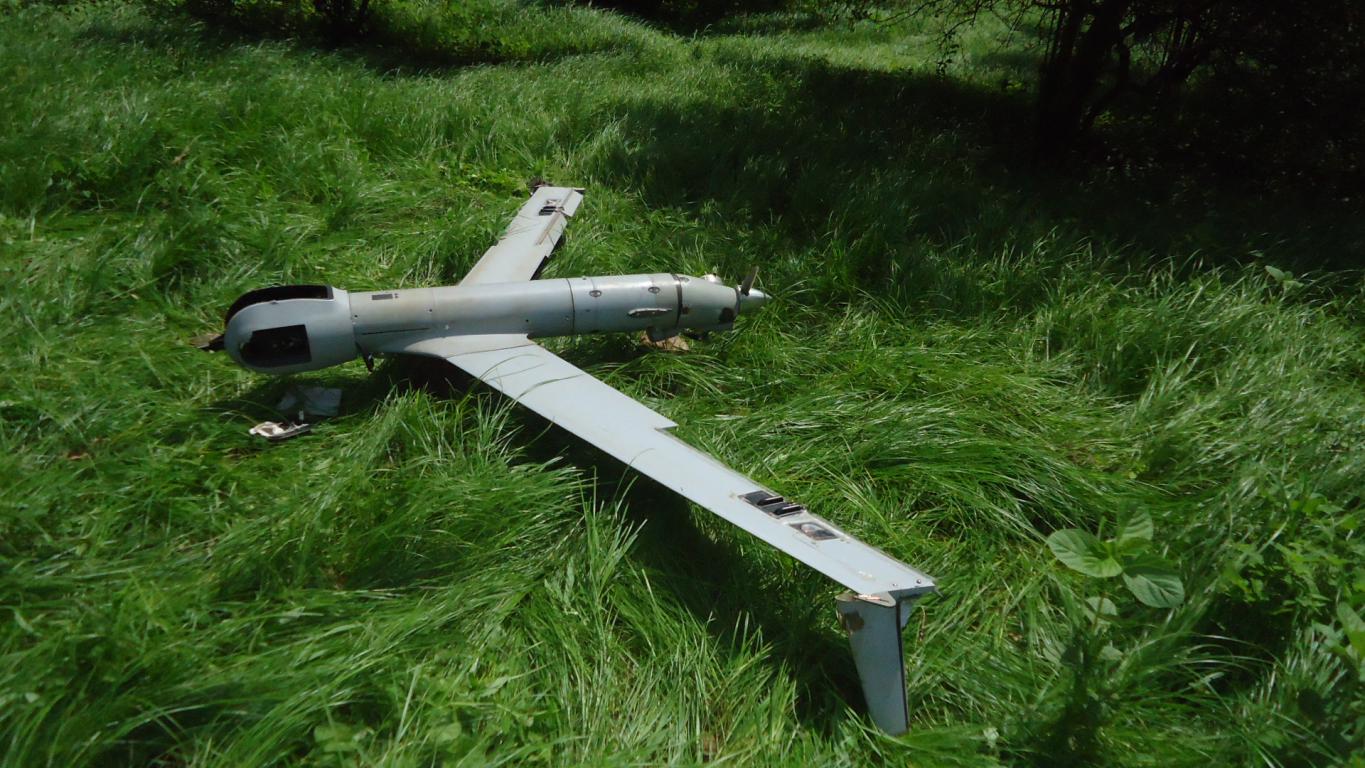 MOGADISHU, Somalia — The Islamic Extremist militants of Al Shabaab say they have seized the wreckage of an unmanned US drone after it crashed in the rebel-held town in Southern Somalia on Tuesday (28th, June, 2016).

The drone came down in Beledul-Amin in Lower Shabelle region, about 50km west of Mogadishu, the war-torn capital of Somalia, which is controlled by the Al-Qaeda-linked armed group in Somalia.

It is not clear what brought down the US drone, but the group said the US was conducting a spying mission on the militants’ controlled areas in Southern Somalia .

Radio Andalus, Al-Shabaab’s mouthpiece in Somalia, said that the remains of the drone were put on display in an agricultural field in the Awdhegle area in Lower Shabelle region on Wednesday.

Abu Mohamed, who is a Senior Al Shabaab commander, said the crashed drone belonged to the United Stated of America, and it came down while carrying out a surveillance operation. “We [Al Shabaab] have released photos of the US surveillance drone that crashed in our stronghold on Tuesday. This is the third unmanned drone crash in  an Al Shabaab-held area in four months.”

The small-sized surveillance drones are vital machines helping the US on its covert anti-terror campaign against militants in Somalia.

On February 16, 2016, the Al-Qaeda-linked group says it recovered an unmarked drone armed with six missiles after it crashed near the Bardere town of Gedo region, south-west of Somalia.

Since 2011, the US military has been using unmanned airplanes in South and Central Somalia to target the top commanders of the Al Qaeda-affiliated Al Shabaab group. US drones have killed several senior Al Shabaab leaders, including the group’s spiritual leader, Ahmed Abdi Godane. Godane was killed after his convoy was hit by a drone strike near Barawe, a coastal city located 200Km south of Mogadishu, in September, 2014. 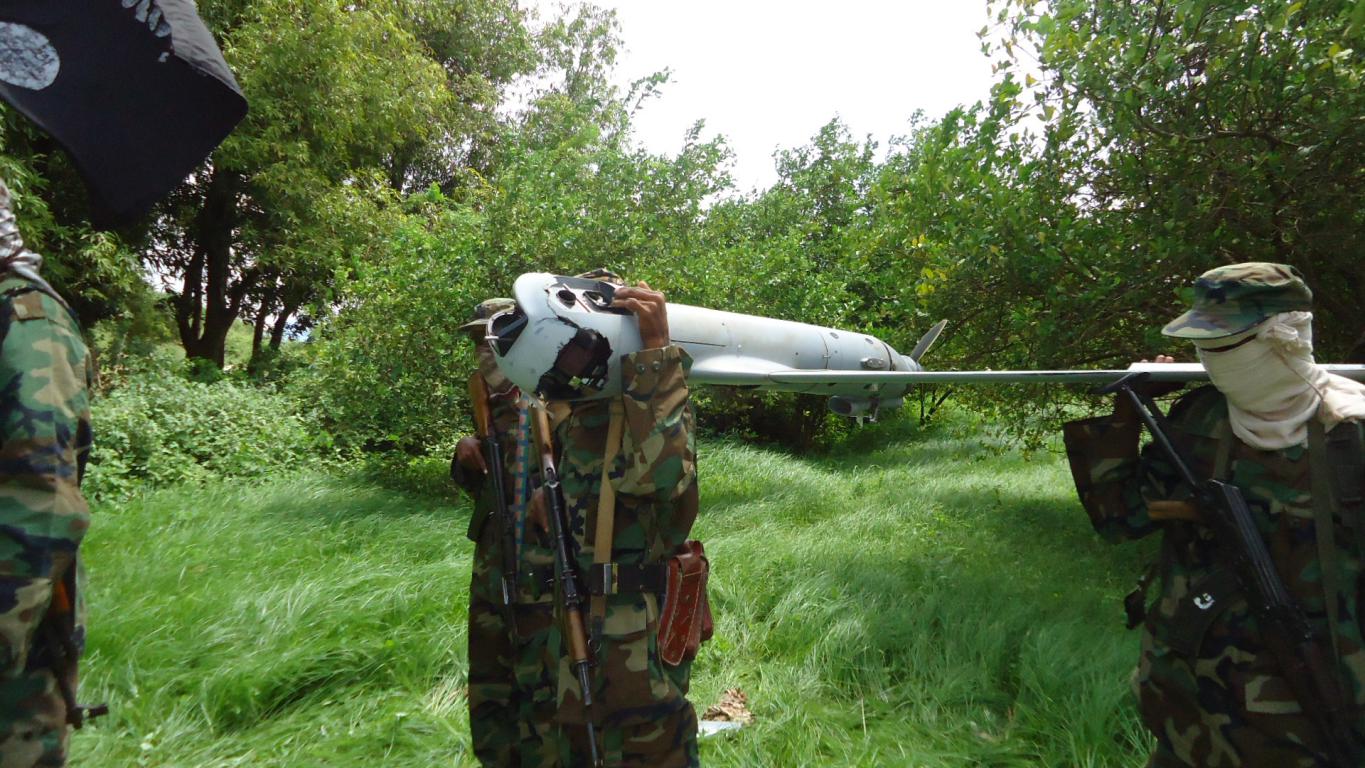 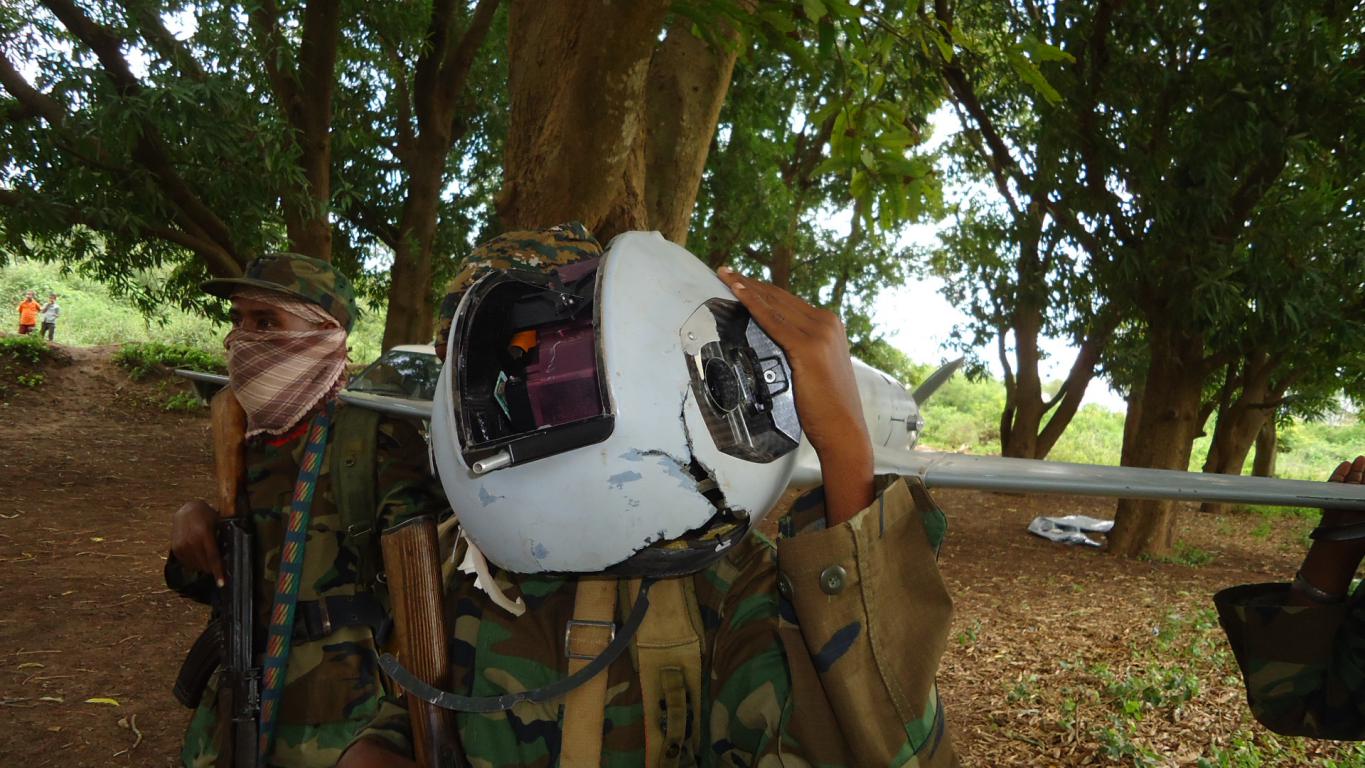 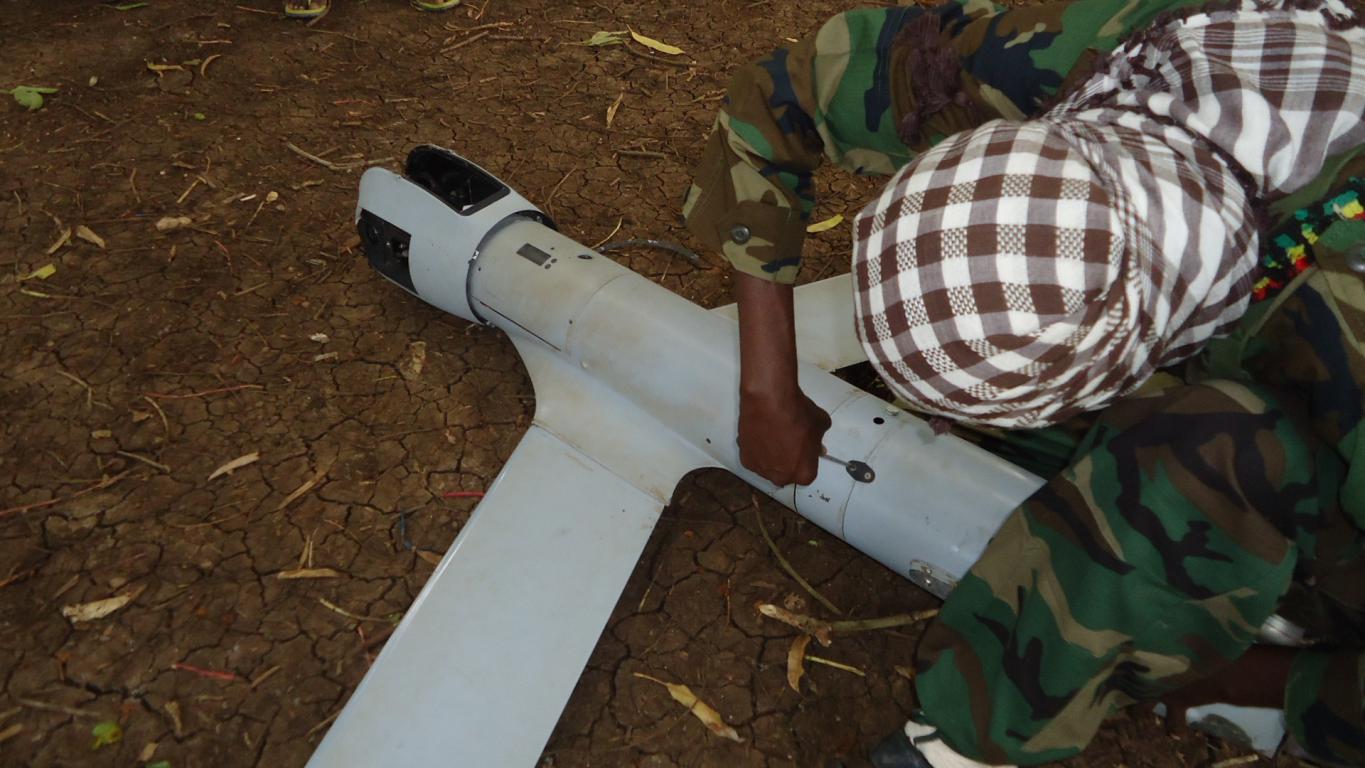 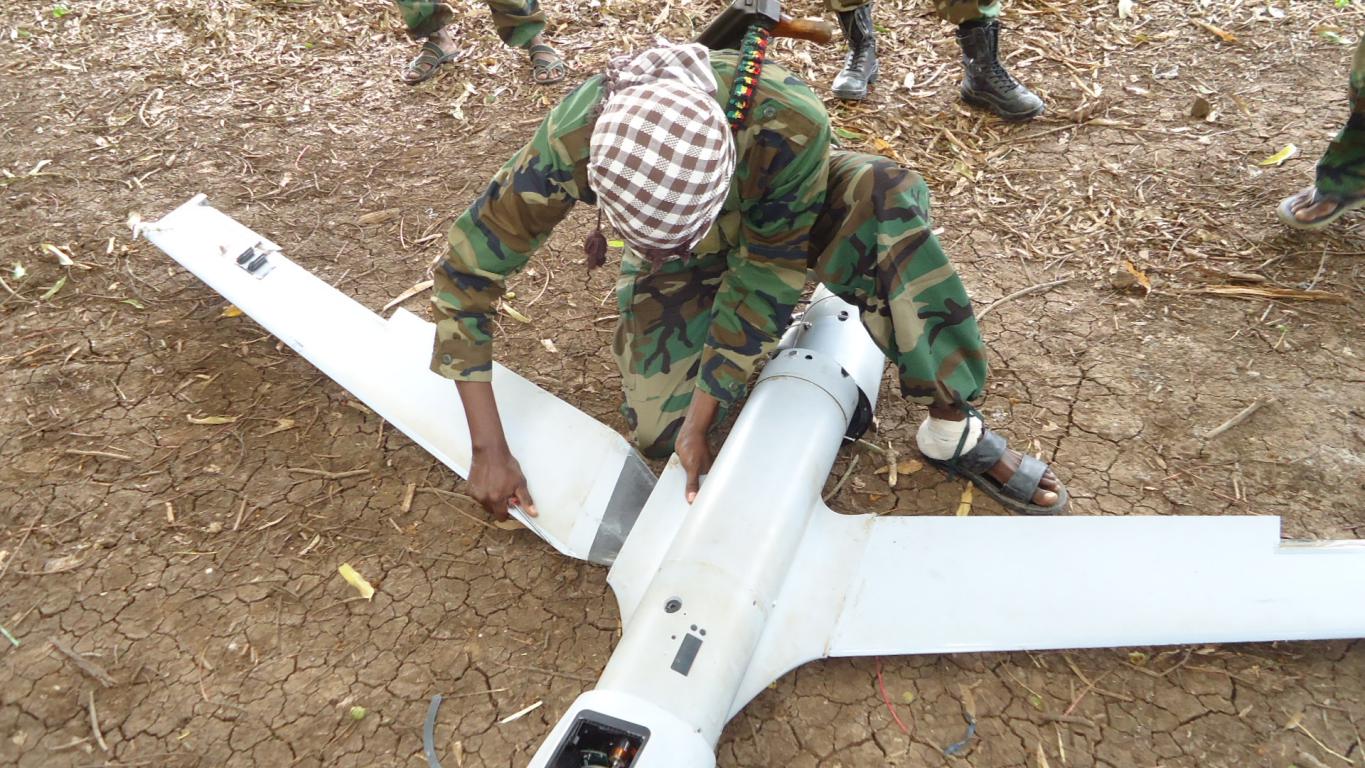 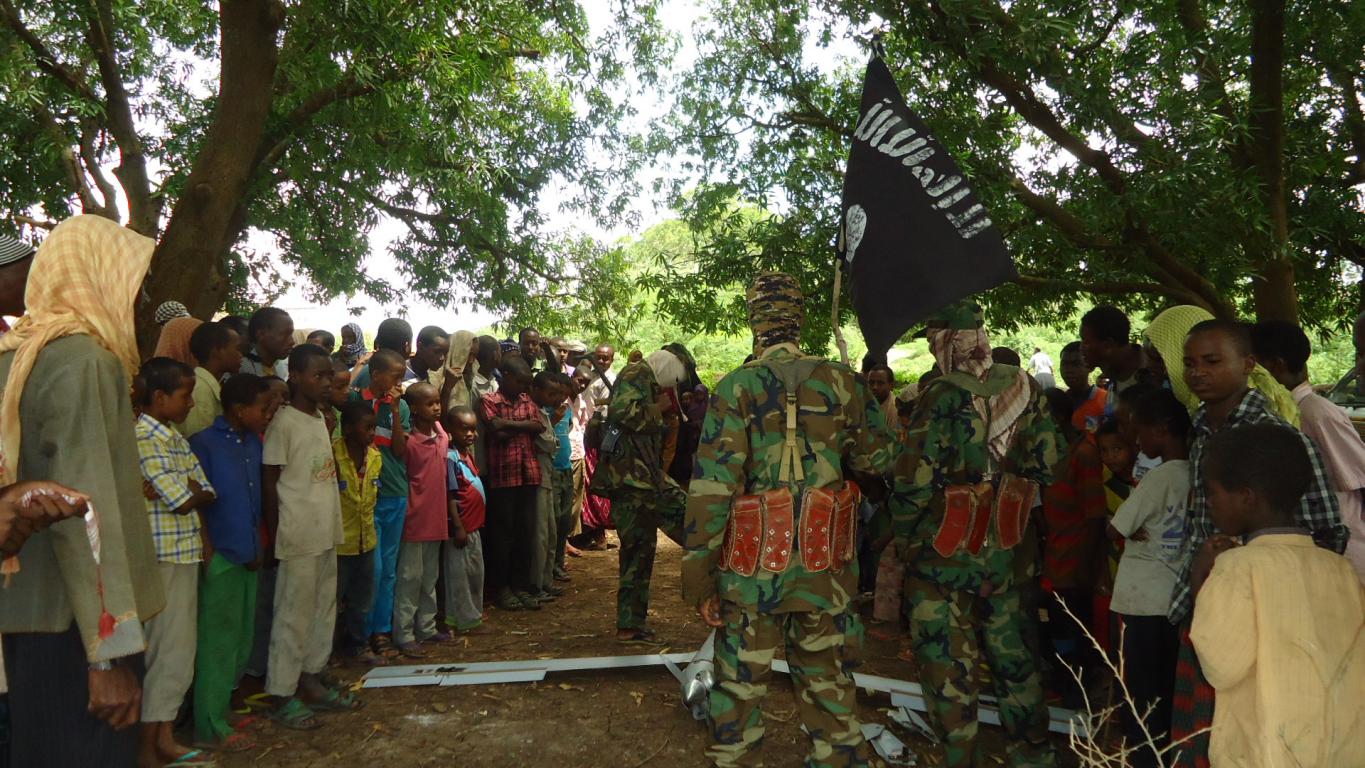