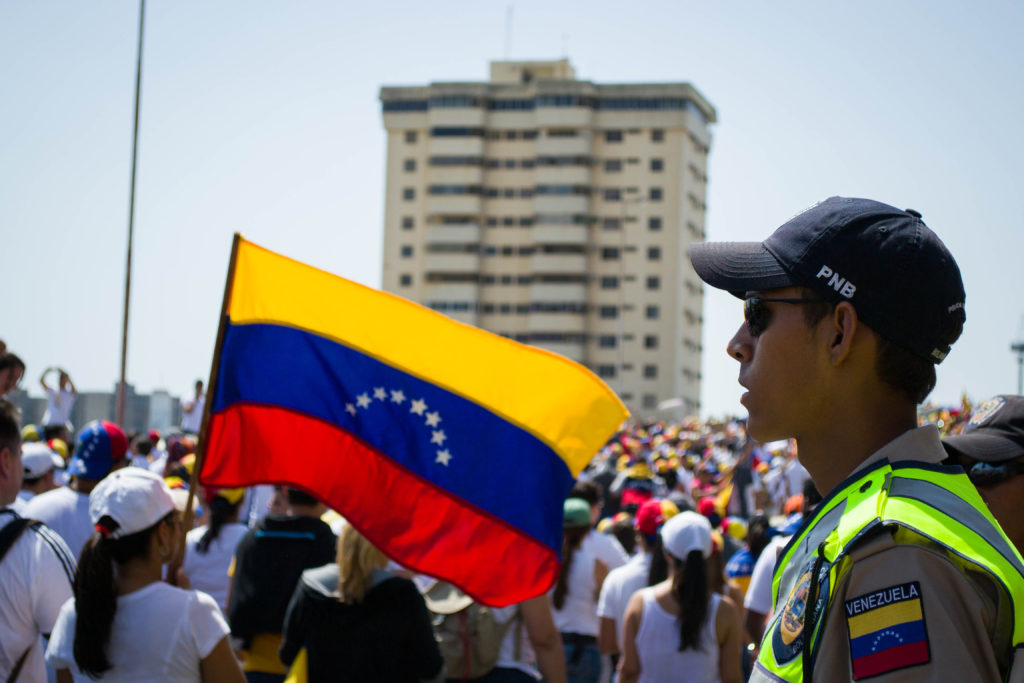 Only three years after Nicolás Maduro took the lead of Venezuela, following the reign of Hugo Chávez, the once oil-rich state collapsed catastrophically. Today, Venezuela’s economic crisis has left the images of hungry and angry desperate crowds, empty stores, and riots; the inflation has never been higher. Are these images suggesting that Maduro’s government is going to see its end soon? Or will the suffering of the people continue?

The story of Venezuela’s economic crisis

The South American country is in the middle of its worst economic crisis ever. Even though Venezuela is an oil-rich country, the people who live in it are without food and basic necessities. Due to situations like this, the angry mobs are turning to loot almost empty supermarkets.

The Venezuelan government had no other choice but to declare a state of emergency, and they started transporting food and basic necessities to people, under armed guard. Just to receive cooking oil and rice, people have to wait in lines for hours, and even more than one day.

According to the IMF, the unemployment rate in Venezuela is currently at 17%. However, the IMF expects the rate to go up to 30% in the next couple of years, considering the current situation in the state and all the possible outcomes. Furthermore, the country has the worst negative growth rate in the world (-8%), as well as the highest inflation rate (482%).

The scenes of desperate people, angry mobs, and the rise of criminality across the country represent a serious threat to President Maduro’s government. The opposition has managed to gather enough signatures for a petition for the president to step down. However, this will not be easy since electoral system is controlled by the state. But, world political experts think that even if the recall referendum fails, there is a chance of a revolution.

What led to Venezuela’s economic crisis?

Before Maduro, Chávez became popular for building a system that was based on oil money and foreign debt used for the funding of consumption. He also nationalized more than 1000 non functioning companies, claiming that it was in the interest of the public. Maduro inherited this ruinous state-run system, but as economy experts claim, added a few of his own damaging bad choices.

When the price of oil was cut in half in 2015, the government’s reckless public finances turned the state into a high-risk debtor. This resulted in cutting the country’s access to international capital.

Maduro has blamed the US and the opposition for the crisis, claiming that they are responsible for  sabotaging the economy with production cuts. As a solution attempt for Venezuela’s economy crisis, the government has printed more money, which led to a hyper inflation.

Furthermore, the government has been using the country’s gold reserves for financing basic food imports, as well as for paying its international debt. However, those reserves are on a critical level, and the President will be soon forced to either stop importing food or stop paying debts; both scenarios are catastrophic.

Will there be a recall referendum?

The last hope of the opposition is the referendum. In April of this year, there was a petition signing, but the state-controlled National Electoral Council has set many bureaucratic obstacles, making the pass of the petition almost impossible.  The law requires 200,000 signatures, and from the 1.3 million signatures, the council has rejected 600,000. However, even if the first petition passes, the opposition will then have to gather around 4 million signatures in order to activate the process of a recall vote.

President Maduro stated that the referendum will not happen this year because it is too late for it. The fact remains that if he steps down next year, his place can be passed to his Vice-President, which would mean that nothing would actually change, and that the Venezuela’s economic crisis will continue.