This morning, a car bomb hit an armored police transport vehicle in Dicle, which is in Turkey’s south eastern Diyarbakir province. The blast killed one policeman and injured seven additional people, six of whom were civilians. The strength of the explosion was so great that it damaged surrounding roads and buildings; security forces subsequently began a sweeping operation in the area to seek out militants. 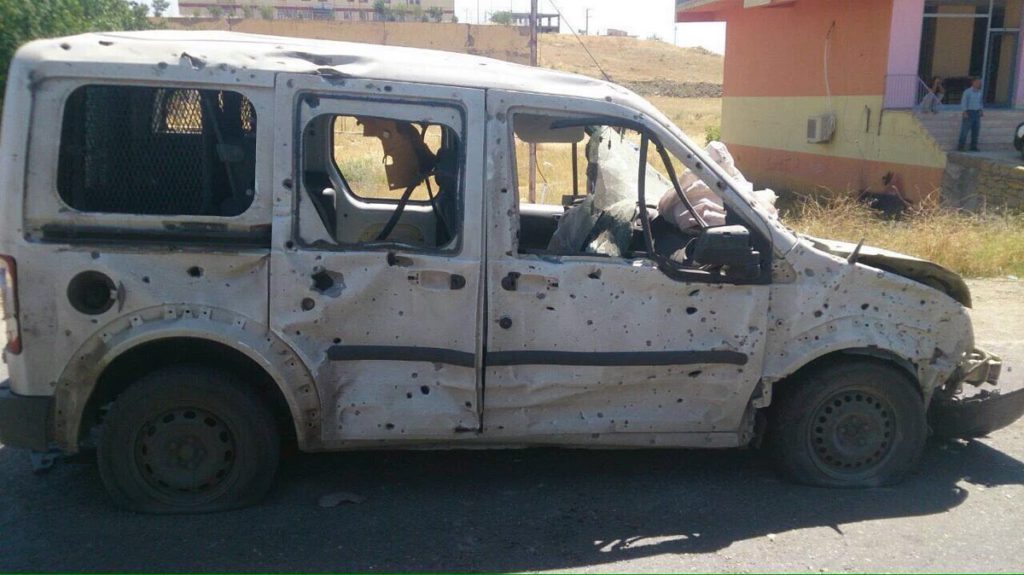 The perpetrators of the attack are likely members of the Kurdistan Workers’ Party (PKK), who are fighting the Turkish government for greater autonomy in Turkey’s largely Kurdish south east territory. Dicle, like much of the south east, has a strong Kurdish population, and has been the site of many clashes and attacks over the last year.

This attack follows clashes yesterday in the Hakkari province, another south eastern Kurdish area, in which security forces reportedly killed two militants. According to the province’s governor, the two militants refused to stop when ordered, and a firefight ensued. Security forces claim to have found two AK-47 rifles and hand grenades on the militants.

Violence in Turkey’s south east has now a near-daily occurrence, since fighting resumed in earnest last summer. Crisis Group International estimates that 350,000 civilians have been displaced, and 250 individuals have been killed in this most recent round of fighting. The violence has not been confined to the south east, with additional Kurdish independence groups launching bloody attacks in Istanbul and the capital city of Ankara.

Crisis Group International,  the pro-Kurdish People’s Democratic Party, and a range of other civil  rights groups, have voiced concerns over the civilian cost of the recent fighting. The Turkish military has reportedly used heavy weaponry in civilian areas, on top of being accused of massacring 60 civilians who were found dead in the basement of a building in the south eastern town of Cizre. Cizre has borne the brunt of some of the worst of the fighting in the region, but the Turkish military is quick to claim that any individuals killed in such clashes are militants.

Turkey’s Kurdish conflict is taking place against a background of fighting in Syria, in which various groups within Turkey are involved. Yesterday, two shells hit the Turkish side of the border in the Hatay province, a reminder that this conflict is not ceasing. It is not just Turkey’s Kurdish population who are being drawn into this fighting; Turkish nationalist groups are fighting in support of Turkmen militias who are clashing with government forces in the north of Syria. This level of sustained violence, drawing in and affecting so many different areas of Turkish society, will have consequences for years to come.