In the fields of Sociology & Anthropology, if one is to consider any public official likely guilty or not guilty of specific crime charges, an excursion into the individual’s social background is imperative. Historians would rather focus on the decisions made by previous leaders during their occupation of various offices. Oppositely, Political Scientists are by nature conditioned to consider all facts before arriving at a conclusion. Political Scientists, like scholars in Humanity and Social Sciences (HSS), only share common positions on specific political occurrences because they do not accept that certain vile human acts are outdated and misguided. 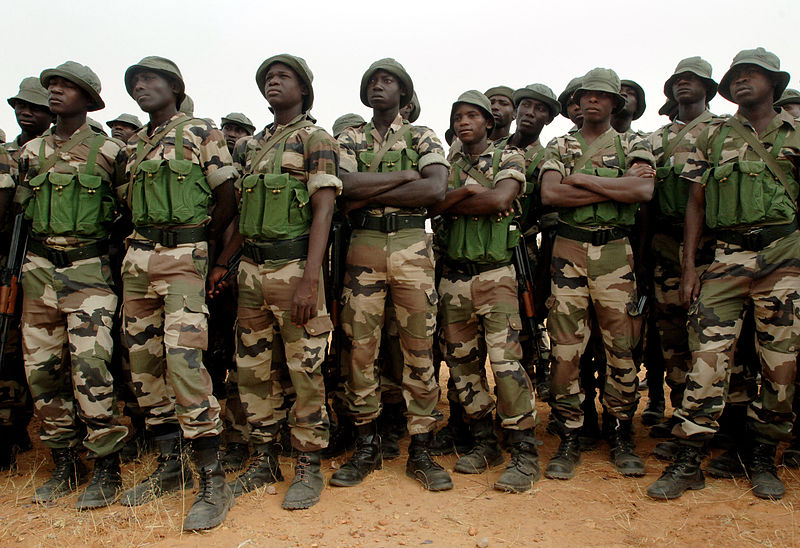 The above assertions bring to mind a scandal uncovered by one of Nigeria’s top investigative journalism groups who last week published that the country’s Chief Of Army Staff (COAS), General Tukur Yusuf Buratai, owns a property worth USD 419,826, which is around 120 million naira in Dubai, in one of the UAE cities. The final agreement for purchase of the property was completed on January 13, 2013, and handed over to him on January 14, 2014 upon payment, exactly one year after the agreement. In addition to this revelation, it was learned that his two wives jointly own the property with him.

While the direct problem in Nigeria is not related specifically to the personal life or salary of an official,  there is the resulting implication of whether or not there will be ‘maximum and guaranteed’ security of the lives and properties of those in the way of the aftermath of the ongoing operation aimed at flushing out insurgents off the Northern coasts, and this needs to be examined, especially in the context of misused funds.

It is important to note that the allegation brought forward by the aggrieved soldiers under the umbrella of Concerned Soldiers and Officers From the North East, demands an explanation from Buratai about the funds that were originally meant for new military vehicles and war weaponry being diverted into the purchase of refurbished ones, or what Nigerians would call ‘fairly used’. The changing face of terrorism, the character of attacks by terrorist groups, the dynamics of resurgent militia and the renaissance of Jihadist movements completely strengthen the argument that insurgents must be confronted with sophisticated and optimally functioning weapons.

For instance, with the exception of those who fled the country as of June 2015, a report released by Amnesty International estimated that the number of Internally Displaced Persons (IDPs) chased out by insurgents to be around 1,538,982. The Federal government may unknowingly be undermining the risk of citizen death, and trading the lives of returning IDPs for bloodshed in the event of resurgence by prowling Jihadis like Boko Haram.

Certain factors encourage corruption to thrive, such as immediate defense of the accused by unsolicited sympathizers, sponsored media decoration of the image of the accused, limited access to information, and negligence by superior authorities who voted in, or in the latter, appointed the suspected wrong-doer. A gradual setback for anti-corruption campaigns in this current climate is increasing the defense of allies along ethnic, religious and political lines.

A deep investigation into the Buratai scandal is ‘sine qua none’, or something that is absolutely essential at the moment in order to assure the country’s opposition party that the acclaimed ‘Change’ in the government’s campaign against corruption is not selective or biased. In spite of Buratai’s impressive feat in the fight against Boko Haram, the associated victory over the vicious terrorist sect cannot be assumed by scholars in the fields of Peace and Conflict to translate into permanent tranquility in Northeastern part of Nigeria.

It is possible to eradicate corruption, but only if leaders possess goodwill. The type of corruption constantly rocking the Nigerian military has discredited the once reputable institution, and has forced it into resorting to help. Quite frequently in recent times, the military has been rescued in homeland war-fronts by local vigilantes and an effort of Joint Multinational Task Forces. It is very contemplative to see a once gallant troop which salvaged Liberia, Sierra Leone, and that also contributed in major diplomatic peacekeeping missions, defeated on its home soil.

The country of Nigeria needs more honesty in leadership, government clarity and a system of checks and balances to break the chains of corruption.