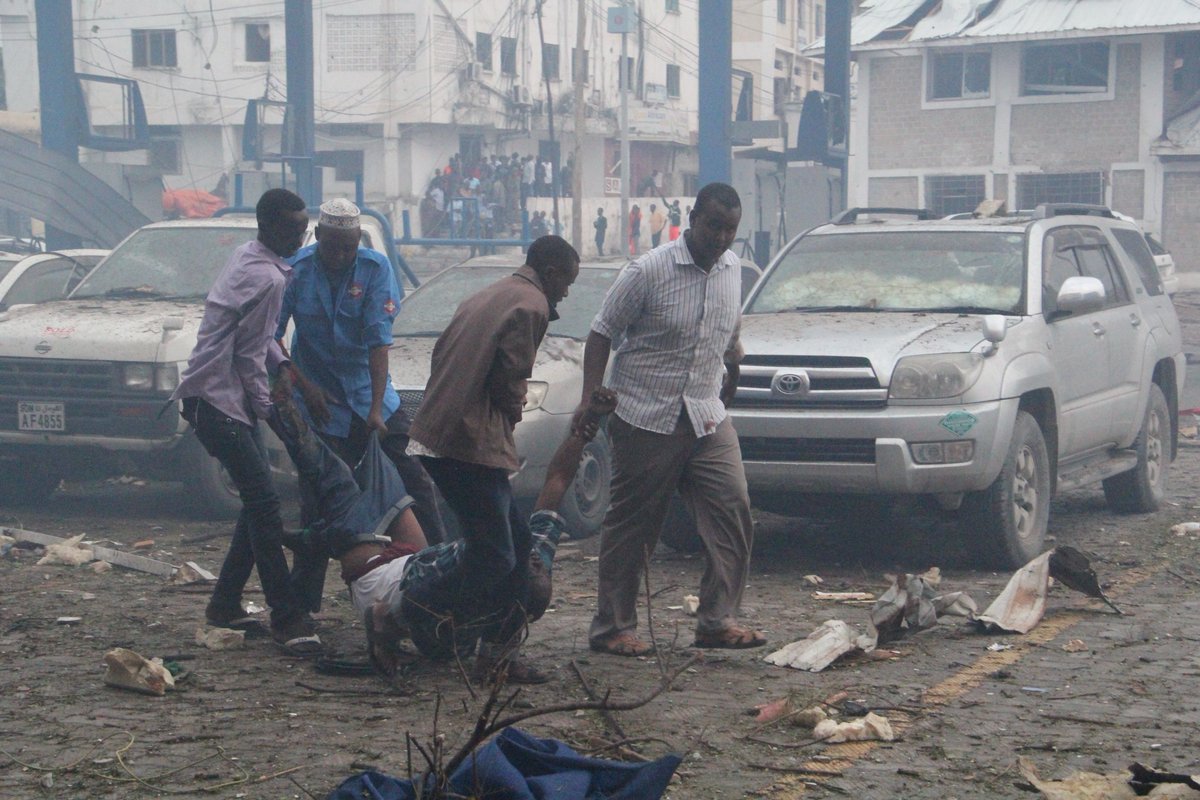 MOGADISHU, Somalia — At least 15 people are confirmed to have been killed, more than 20 others wounded in car bomb, and gun attack on a popular hotel in Somali capital, Mogadishu on Saturday afternoon, police and witnesses said.

Saturday’s attack began when a car laden with explosives was detonated by a bomber at the gate of Nasa-hablod One hotel near  KM-4 area, a busy junction in the heart of Mogadishu, killing at least 15 people, mostly civilians.

“The attack was huge and the blast could be heard across the city, wounded and dead people were on the ground filled with blood at the gate. I can’t describe in words what happened today in Nasa-hablod One hotel,” said a shopkeeper who runs a shop near the hotel. 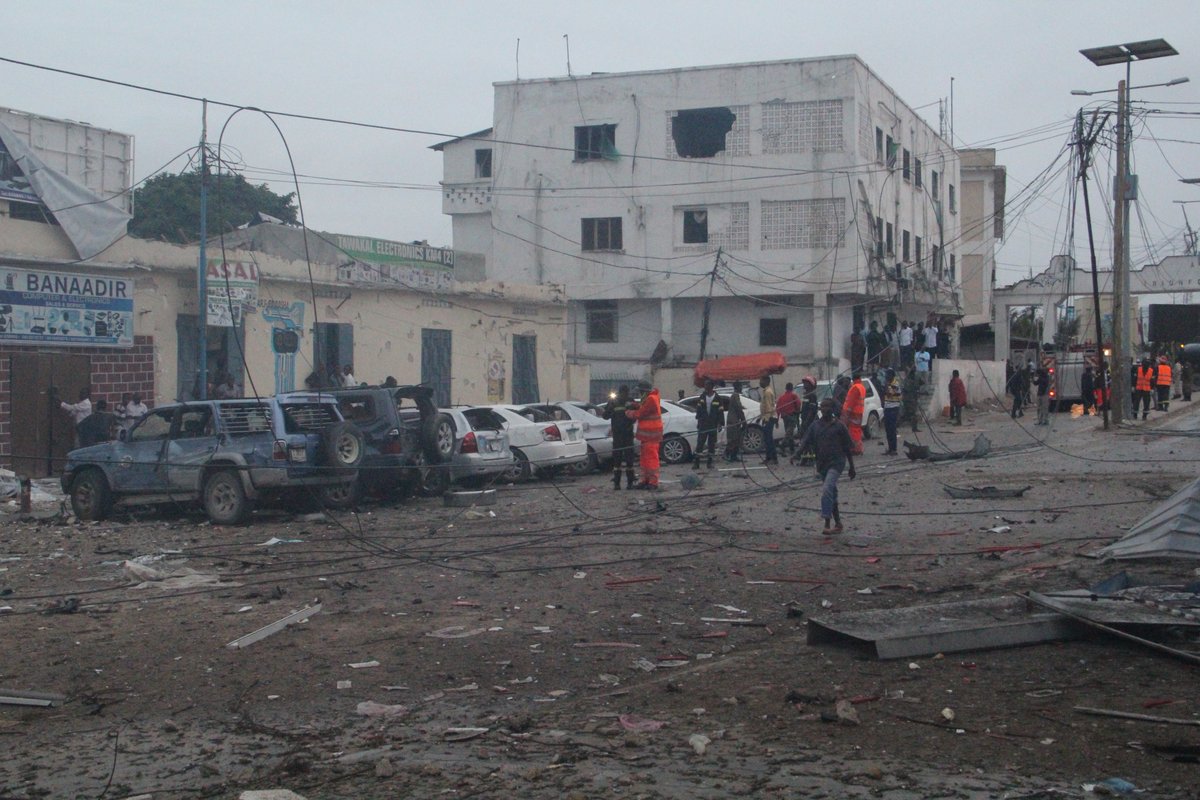 Charred cars on the street near Nasa-hablod 1 hotel that was filled with debris and blood. (Photo: Goobjoog)

Ambulances rushed the wounded people to nearby hospitals for medical treatment, said the eyewitness.

Al Shabaab has claimed responsibility for the attack, which was one of the deadliest attack Mogadishu has seen recently since the start of the holy month of Ramadan. 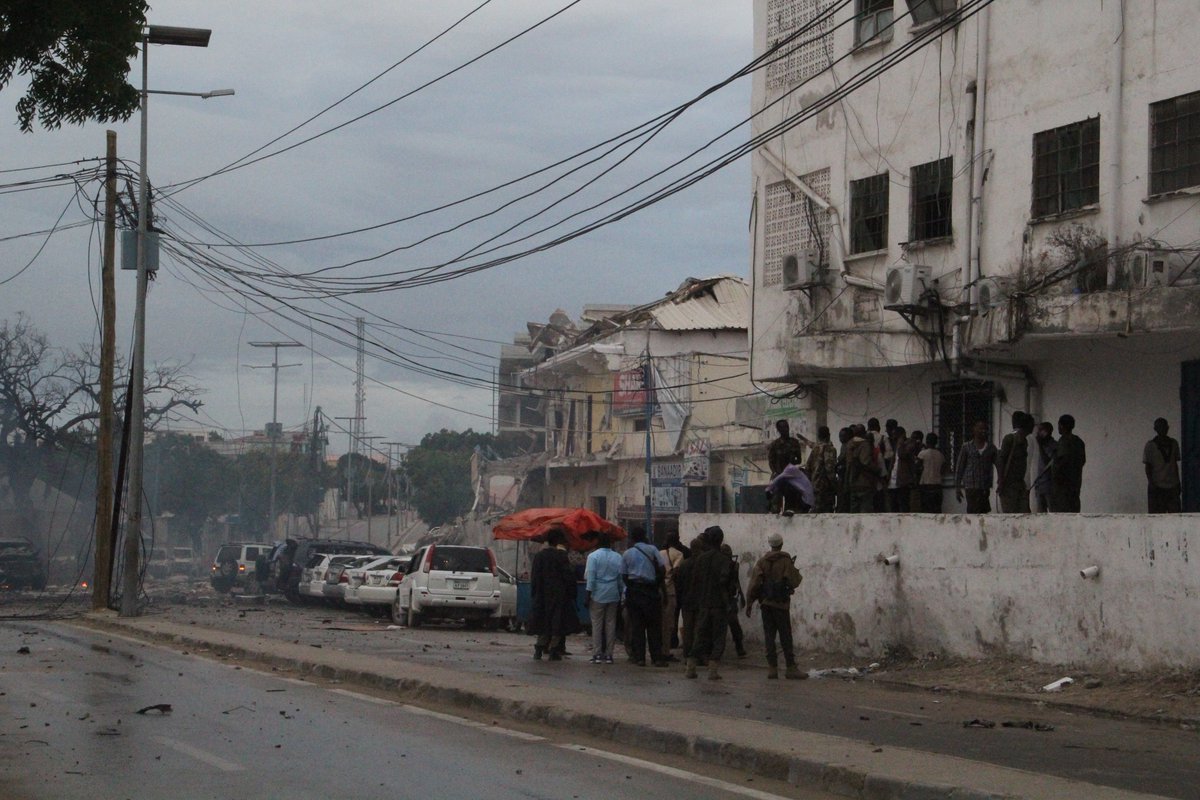 Security force members are on watching the hotel from a short distance (Photo: Goobjoog)

Somali government forces have blocked all the main roads near the hotel and began a rescue operation to save lives of those trapped inside the hotel and bring an end to the siege by foure Al Shabaab attackers who are holed up in the hotel.

The militant group has threatened with more attacks in Mogadishu during Ramadan as residents trying to rebuild their city and  move out of the dark day of the two-long decade civil war that broke out in 1991.