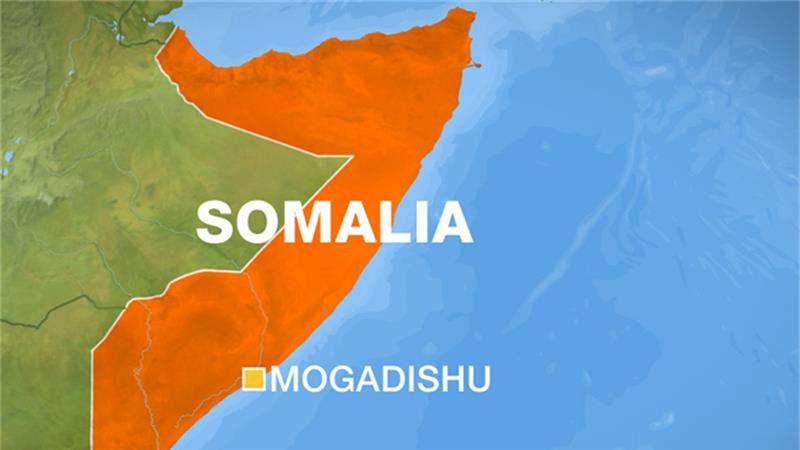 MOGADISHU, Somalia (ArmedPolitics) — At least three Somali security force members have been killed, and nearly ten others wounded when a bomb detonated at a military checkpoint in seaside capital, Mogadishu on Thursday, Police and witnesses said.

Col. Mohamed Hussein, a senior Somali police officer has confirmed the attack to ArmedPolitics, saying it was a hand grenade hurled at the checkpoint at Wahar-Adde area in Mogadishu’s Huriwa district by Al Shabaab fighters, who escaped from the scene shortly.

He said the attack was an apparent attempt by the Al Qaeda-linked Al Shabaab to destabilize Mogadishu during the holy month of Ramadan, a month that the militants usually increase their hit and run attacks against government installations and army bases in the capital and elsewhere in Somalia.

A witness who asked to remain anonymous, fearing for his own safety said: “There were patches of blood, pieces of clothing and shoes scattered around the chaotic place of the bomb attack.”

The witness added that Somali government troops cordoned off the area shortly after the blast, keeping people from gathering at the scene for fears that there might be a second blast by Al Shabaab.

Al Shabaab militants have claimed credit for the bomb attack, according to the group’s spokesman Sheikh Abdulaziz Abu Musab who spoke to Radio Andalus, a mouthpiece channel of the militant group.

The UN-backed Somali federal government has condemned the bomb attack at the army checkpoint that left three of its military personnel dead, while several others wounded and taken to hospital for medical treatment.

Despite being driven out of Mogadishu in 2011, Al Shabaab fighters still carrying out attacks, including car bombings on hotel, public gatherings and government buildings in the capital, to show their power and presence.