Yesterday, Tomislav Karamarko resigned from the position of President of Croatian Democratic Union (HDZ), a right-wing party that won the most MPs in 2015 parliamentary election. 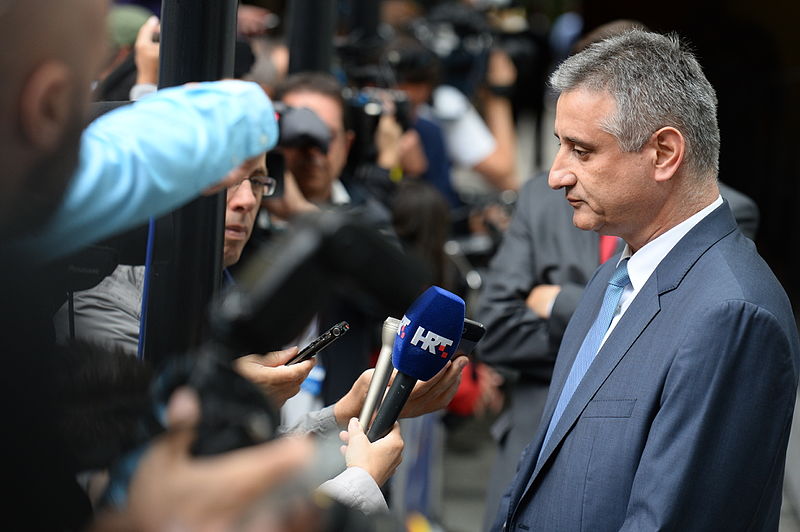 Karamarko stated that reasons for the resignation are numerous and complex. But the most important reason is “that he broke the promise he made to the party of acquiring parliamentary majority” – after 2015 election. He failed to deliver that promise and he feels he should “bear the responsibility”, he added.

The former President of HDZ noted that he feels his resignation will open new doors and new solutions to HDZ.

As we reported, Tomislav Karamarko as vice-prime minister faced accusations that he worked in the interests of foreign oil companies and against domestic oil interests (INA). The largest opposition party, Social Democratic Party (SDP) accused the vice-PM of working for the interest of MOL (Hungarian oil company) explaining those allegation with payment from a MOL lobbyist received by his wife. These accusations led to Karamarko’s resignation as Vice-Prime Minister.

Yesterday in a press conference announcing his resignation, Karamarko commented on MOL’s allegation. He repeated previous claims that he was not in the “conflict of interests” regarding MOL. Karamarko added that the “accusations are bunch of lies”.

So far only one member of the HDZ announced his willingness to run for President of HDZ since Karamarko’s press conference. Andrej Plenković MEP, stated he will nominate himself for the position of President of HDZ yesterday evening.

Karamarko’s resignation from the HDZ comes after a severe political crisis in Croatia. Mass protests, serious allegations by the opposition and fights between the partners of the governments coalition, subsequent resignation of vice-PM and the impeachment of Prime Minister Orešković preceded the dissolution of the parliament.

Early election is expected to be held on September.

based in Bosnia and Herzegovina. BA in Political Science. Columnist.