Adedayo Osho comments on the fight against corruption in Nigeria, politics and the ideal of a corruption free society.

With the deepening anti-corruption crusade in full swing, huge sums of money have been recovered from high-ranking members of the previous government.

Nigeria, once renowned as a corrupt nation, attempts to rebuild its image by clamping down on individuals perceived to be extremely corrupt. Relatively speaking, public opinion assumes the anti-corruption campaign is selective. As witnessed in countries trying to rebuild their battered image, the fight against corruption in many cases is targeted at inaugural institutions and political opposition. 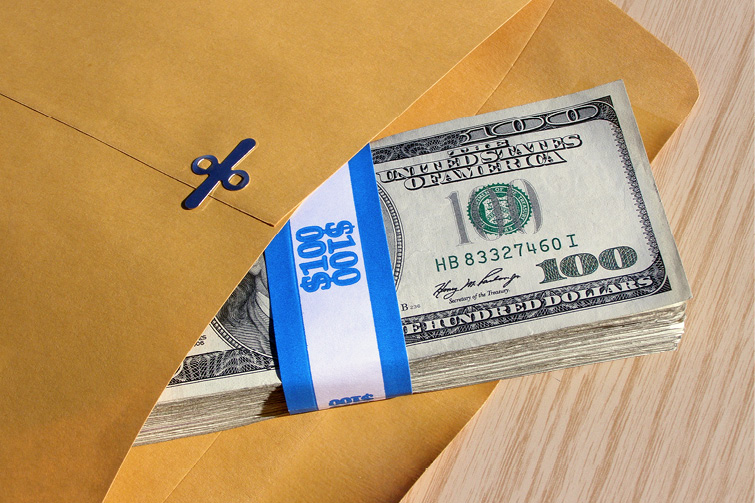 From a EFCC insider, the country’s anti-graft agency perspective:

The public perception of our activities are wrongfully misconstrued as a lopsided witch-hunt. Many of those within the government have no escape route. They have a date with their name on it in the calendar of sleaze beneficiaries.

As much as a statement from an official with proven integrity may be reassuring, there is doubt as to whether accusations against the incumbent government will be brought to light within  reasonable time frame. In order to battle corruption in the country, APC members must also be brought to book given the roles many of them played in the 16-year misrule of the PDP before defection.

The remarkable progress being made by President Muhammadu Buhari in restoring Nigeria’s international rank on corruption index is commendable. It is fascinating that a crippled, toothless, graft agency performs optimally under his watch. For the record, Governor Ayodele Fayose of Ekiti State had previously been indicted on the ground of misappropriation of state fund amounting to 416 million Naira before he was sacked on October 16, 2006 during his first gubernatorial term, 2003-2007 (Nigeria operates a 4-year single term of maximum two tenures).

A major trend in the hardship inflicted upon Nigerians is the re-appearance of one-time political office holders. While the President belongs to this category, Fayose is also the assertion’s candidate. They both lack the requisite experience to administer economy of the entire country and state respectively.

One of our realisations in Political Science is that “the longer a government stays, the more corrupt it becomes” is not peculiar to second-term office holders alone. Specifically because they intend to rewrite history, certain politicians re-emerge in the political landscape and by opportunity clinching to power, lead to disastrous effects.

In some ways due to self-aggrandizement, covetousness and greed, socio-economic development has been brought to a standstill in many states of the Federation. It is difficult for infrastructural development to translate into social welfare realities.

And while successes are daily recorded by Nigerian Army in the fight against Boko Haram, one of the cogs to the country’s wheel of progress was exposed in the early week (June 13th), when it was reported that thousands of bags of rice, meant for Internally Displaced Persons (IDPs), were not remitted or eventually diverted. There are 68,653 IDPs at Dikwa camp in Borno State alone. It comprised of 31, 296 males and 37,356 females.

Perhaps, the incumbent government is making progress in the fight against corruption. Its simultaneous approach to infest fresh corrupt-free orientation has been undermined by constitutionalism. For now, various institutions are battling for optimal performance on the equilibrium scale.

Moreover, the principal concern to this analysis, is the well-being of Nigerians; the imperative of justice for all; an inclusive government devoid of bias; and a peaceful and secure world in which conflicts are resolved amicably. Added to its premier stance, is the evolution of a corrupt-free society.

Since corruption takes route in opposite direction, the international community needs exercise and patience to watch this stage-managed strike against those who are corrupt within the ruling party: the APC.