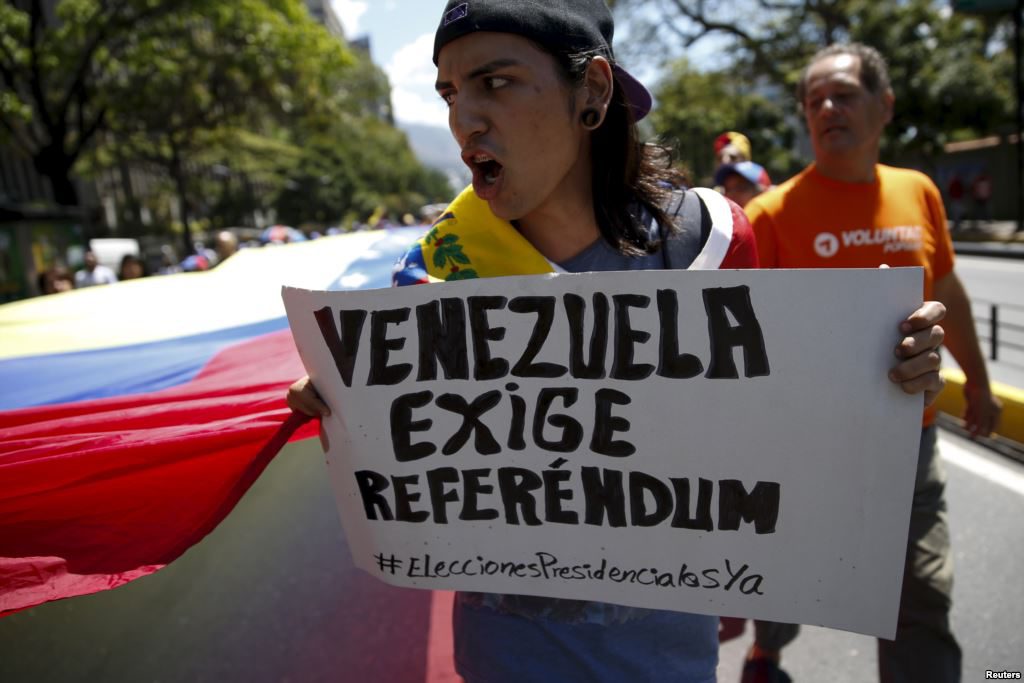 Why does the opposition want the referendum to happen in 2016?

As explained in “El Nacional” by constitutional lawyer José Vicente Haro, if the referendum takes place in 2016 and the President is revoked, then the presidency is assumed by the President of the National Assembly (Venezuela’s office of the Legislative Power), currently opposition leader Henry Ramos Allup, for a month while presidential elections are called.

However, if the referendum takes place in 2017 and the President is revoked, then the Vice President finishes the current term, which goes until 2019.

It is because, in Venezuela, the vice president is elected by the President, and he can change vice presidents at any time during his term. According to article 236 of the Constitution, it is within the president’s attributions to appoint and remove the Vice President.

Thus current Vice President, Aristóbulo Istúriz, and any other vice president Maduro appoints during his term, are on his side. Considering Maduro’s lack of support, which leads to the inevitability of the referendum. The leading party’s best chance to maintain in charge of the administration is to postpone the referendum to ensure that the Vice President finishes Maduro’s term.

Therefore, the opposition assures that the referendum must and in fact will take place this year, while the government, supported by constitutional lawyer María Alejandra Díaz, states that the process to apply the referendum will take at least 170 days, according to TeleSur TV’s website.