Across the entire country of Venezuela, people are demanding food, and protests with the slogan “We want food” have spread rapidly. During the last week of Venezuelan food riots, there have been four civilian casualties, including a 17-year-old-boy. 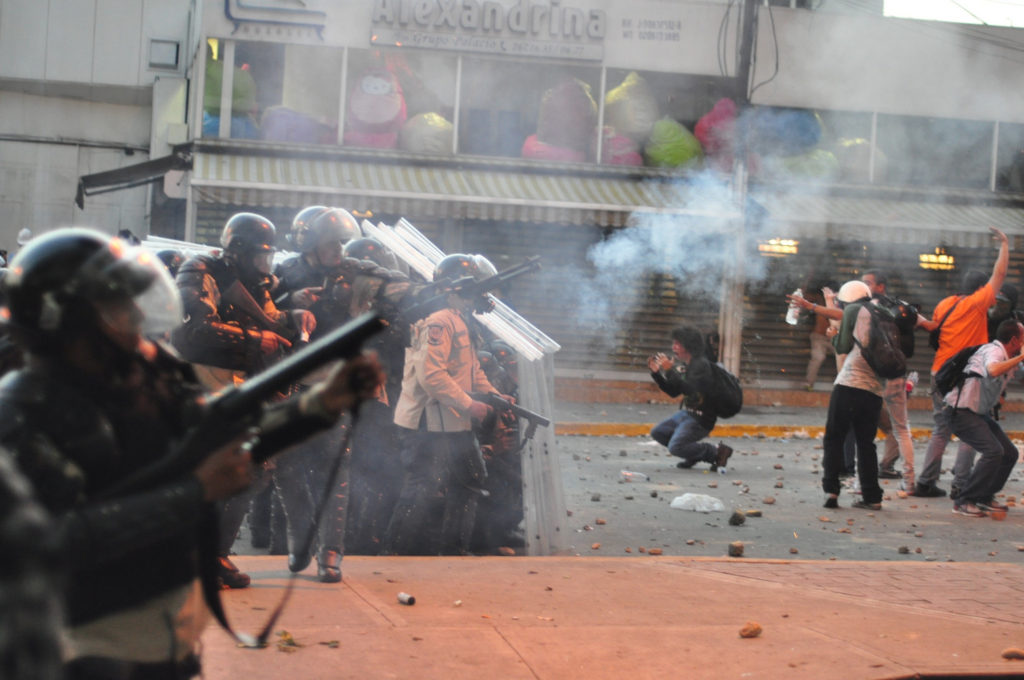 While the people of Venezuela turn to looting and riots, all caused by a economic crisis and the sky high rate of inflation, the Venezuelan authorities have stated that during this week’s food riots, the police has arrested around  400 people.

Riots and protests with people screaming “We want food!” have hit Venezuela in the last couple of weeks. The reason is the hard recession that has caused the lack of food and basic life goods. Many Venezuelans blame president, Nicolas Maduro, and his socialist economic policies for the situation.

The opposition is calling for a referendum to remove president Maduro from his position, but Maduro doesn’t want to hear about it stating that the referendum might be possible next year, earliest – and adding:  “If there are conditions for it”.

On Tuesday, in the coastal town of Cumana, Venezuelan people overran shops, looking to seize food and basic life supplies. As the local news agencies reported, the police force was almost helpless against the angry mob.  While Luis Acuna, regional governor claims that four deaths during the protests and the riots were unrelated to the looting or arrests, the police authorities reported that a 17-year-old boy has died after being badly wounded during a protest Lagunilla, in Merida state in the Andes, on Tuesday night. The officials have not yet released details regarding this incident.

Local media have reported that the boy, who wasn’t a part of the protest nor riots, was shot in the head during a physical struggle between the army and police forces, and the protesters.