The mother of two and Labour MP was murdered whilst serving in her home constituency this afternoon. 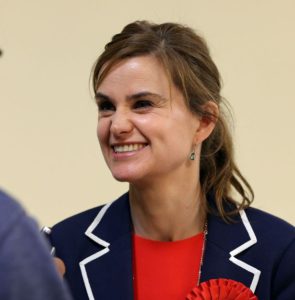 Politicians from across the political spectrum have come together in mourning and condemnation of the MP for Batley and Spen’s death. She was shot and stabbed multiple times.

As a result campaigning for next week’s EU Referendum has been suspended for 24 hours on both sides of the debate as a mark of respect.

Home Secretary, Theresa May said in a statement, “The full details of what happened outside Jo’s constituency surgery in Birstall are not yet clear.”

Police confirmed that a 51-year-old man was arrested and remains in police custody.

“We are united in our sadness.”Theresa May pays tribute to Jo Cox MP https://t.co/pbBKlBykMY

A number of politicians have come forward praising the late MP who spent years working for the charity OXFAM and her time in office helping refugees fleeing conflict in the Middle East. She was also an advocate for remaining part of the European Union.

Jeremy Corbyn, leader of the Labour Party said in a statement on Facebook, “Jo was dedicated to getting us to live up to our promises to support the developing world and strengthen human rights – and she brought those values and principles with her when she became an MP.”

Jo Cox had been elected MP for Batley and Spen, West Yorkshire in May 2015.

The death of Jo Cox is a tragedy. She was a committed and caring MP. My thoughts are with her husband Brendan and her two young children.

My heart goes out to her family. A lovely person’s life has been snuffed out by hate. 2/2

Deeply saddened to hear that Jo Cox has died. Sincerest condolences to her family.

Friend and fellow Labour MP, Yvette Cooper said that Cox was a “fantastic mum” to her two young children.

Can’t bear it. Jo was most amazing MP, great friend & fantastic mum. Just heartbreaking. So much love to her family pic.twitter.com/OFdc8smF9m

According to a police statement made this evening by Temporary Chief Constable Dee Collins, the attack took place just before 1pm (GMT) and “At 1.48pm, Jo Cox was pronounced deceased by a doctor working with a paramedic crew that was attending to her serious injuries.”

Ms Cox is the first British MP to be killed in office since 1990, when Conservative MP, Ian Gow was killed by an IRA car bomb outside his home in Sussex.