MOGADISHU, Somalia — Kenya has closed its notoriously porous border with neighbouring Somalia, a move aimed at keeping out illegal immigrants from Somalia as well as dangerous Al Shabaab militants. 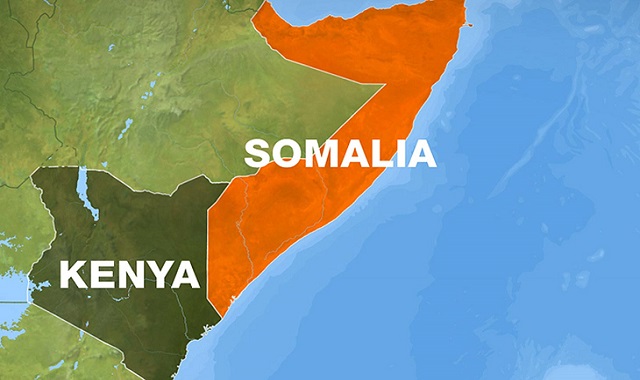 Hundreds of Kenyan Defense Forces (KDF) have been deployed at the border lines, such as Mandera and Balad-Hawo which are located on Somali-Kenyan border. The residents of both towns confirmed the closure of the border.

Balad-Hawo lies inside Somalia, while Mandera is in northeastern Kenya. For decades, the two towns used to share trade and educational relations.

Kenyan tanks were seen patrolling the border to keep out Al Shabaab fighters who recently threatened to attack the country during the ongoing holy month of Ramadan. Kenya shares more than 1,000 Kilometres with Somalia.

Why has Kenya shut its border with Somalia?

Al Shabaab poses a significant threat to Kenya after carrying out deadly attacks on native soil, including  the Westgate Mall attack in Nairobi in September 2013 and Garissa University College attack in April 2015.

The Kenyan government announced last month a plan to shut down Dadaab, world’s largest refugee camp which lies near the Somali-Kenya border within six months.

Nairobi says the camps have become hotbeds for Al Shabaab activity, and claims several recent terrorist attacks were planned from Dadaab which houses more than 320,000 of Somali refugees who fled from the conflict in the country.

Al Shabaab attacks in Kenya have been increasing since late 2011 when Nairobi has sent its troops into Somalia to fight against militants following kidnappings and cross-border assaults.

Kenyan military forces have formally joined in the UN-mandated African Union in Somalia (AMISOM) which is made up of  22,000 soldiers from Uganda, Burundi, Ethiopia, Djibouti and Kenya.

AMISOM forces, along with Somali National Army (SNA) drove Al Shabaab out of many towns, including in Mogadishu in 2011, but the group still capable of conduct hit and run attacks.