Peshawar– Public relations for the Pakistani military have announced that Chief of Army Staff, Gen. Raheel Sharif will attend the funeral prayer of a military official. Maj. Ali Jaward was killed in an exchange of fire between Pakistani and Afghani forces at the Torkham crossing. 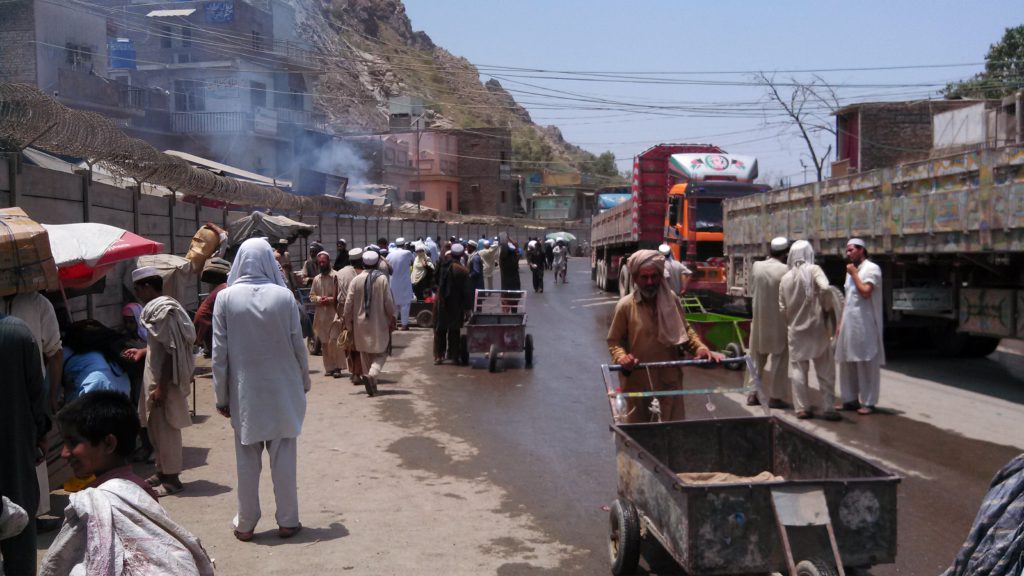 Military could be seen making their way to the crossing from both sides of the border armed with heavy weaponry.

Afghani forces opened fire on the evening of June 12th though they faced heavy retaliation from the Pakistani military.

A local, who asked not to be named, told armedpolitics “Heavy fires were heard in the area and continued for three hours”.

A statement released on Chief Executive of the Islamic Republic of Afghanistan, Abdullah Abdullah’s Twitter account stating that, “We have proved that we are able of protecting our homeland & our people. The current fight Pakistan started doesn’t help anyones’s interest”. Abdullah also mentioned that a ceasefire between Afghanistan and Pakistan had been agreed.

We currently have agreed on a ceasefire with #Pakistan. We hope this problem will end through the work by diplomatic addresses. -AA

The Afghan News Agency, Pajhwak reported that two local children had been killed by Pakistani shelling in the Torkham area. It is also thought that an Afghan border officer was killed in the clash and six more were injured. Due to the recent violence, many residents have had to flee their homes.

The Durand Line, named after British diplomat, Sir Henry Mortimer Durand spans 2,430 kilometers between the two countries. It was drawn up in 1893 between the governments of Afghanistan and British India.