The Leave.EU campaign have faced harsh criticism from both sides of the EU Referendum debate following a Tweet suggesting that remaining in the European Union would lead to an “Orlando-Style Atrocity” on UK soil. 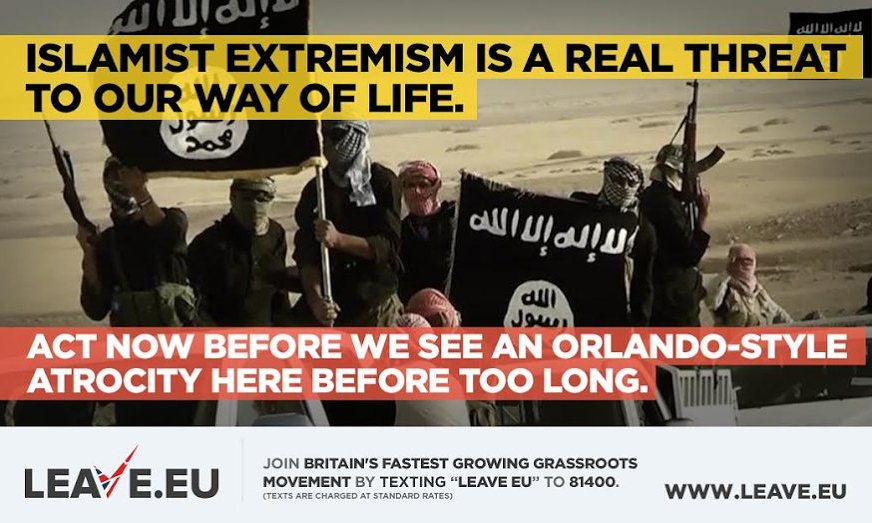 Screenshot from the Tweet posted by the Leave.EU campaign which was later removed. Source: Leave.EU/Twitter.

The attack on an gay nightclub in the early hours of Sunday, left fifty people dead and swathes more injured. It is the worst atrocity committed against the LGBT community in American history.

Critically acclaimed journalist and strong voice in the UK’s LGBT community, Owen Jones walked off Sky News on Sunday Evening after presenters refused to acknowledge that the attack was provoked by homophobia.

The father of gunman, Omar Mateen, said on Sunday that his son had been angered after seeing a gay couple embracing in public some weeks ago.

It has come to light that Mateen may have been influenced by Islamic State. Despite this, President Obama has stated that there was “no direct evidence that he was part of a larger plot”.

Leave.EU, an unofficial campaign for leaving the European Union closely associate with the right wing, UK Independence Party. The Tweet was described as “shameful and cowardly” by shadow foreign secretary, Hilary Benn for attempting to politicise the attack.

Accompanying the poster shown above was a Tweet reading, “Free movement of Kalashnikovs in Europe helps terrorists. Vote for greater security on June 23. Vote Leave”. The Tweet has since been deleted.

With just over a week until UK voters go to the polls, tensions are mounting between the Leave and Remain campaigns. In recent weeks, both sides have accused of scaremongering and deceiving voters.

Immigration and national security are integral topics in the EU debate. Following the Paris terror attacks, UKIP leader and Vote Leave campaigner, Nigel Farage said that the European Union was “seriously imperilling our security” due to its handling of the recent Migrant Crisis.

Last week, Leave.EU threatened to take legal action against the Remain campaign after the voting registration deadline was extended by 48 hours.