Since Nicolas Maduro became the president of Venezuela, back in 2013, the jump in oil prices started making a mess in the country. From that point on, many American companies had no other choice but to reduce, stop, or sell their Venezuelan based productions, so that they could avoid profit losses due to the country’s collapsing economy. 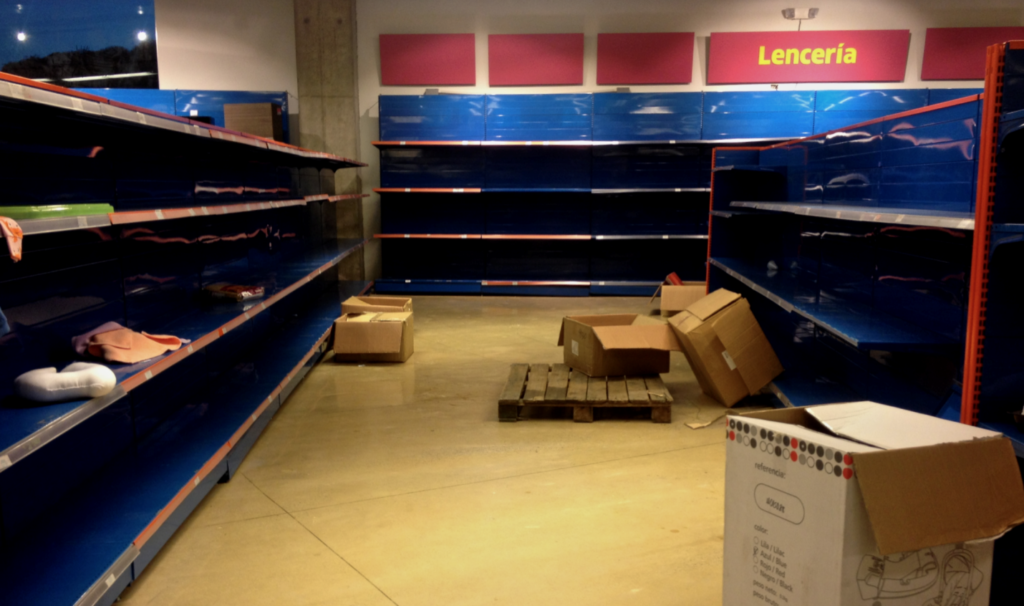 The supermarket shelves in Venezuela, already without basic goods and almost empty, now are missing the American products as well.

Only three weeks ago, Coca-Cola released a statement, saying that due to the lack of sugar in Venezuela, the production in their Venezuelan based factory had to be stopped.

The famous Tennessee based tire company, Bridgestone, was forced to sell the South American based factory to Venezuelan businessmen.

At the same time, the Texas paper company, Kimberly Clark, reduced the production in the South American factory by 90%. The head of Worker’s Union in Kimberly Clark, Williams Bolivar, stated that since the beginning of 2016, the factory did not receive U.S. dollar for raw material import, and that more than 600 workers were suspended from work.

According to USA Today analysis, Kimberly Clark reported that, due to Venezuelan currency exchange issues, the company had a loss of USD 460 million, which resulted in a 4% reduction of their global profit, as well as with Wall Street stocks value damage.

Alejandro Grisanti, one of the heads of Ecoanalitica, a local analytical company, stated that in order to avoid a total chaos, and find a way out of this mess, the government has to meet with the U.S. private companies to negotiate about production continuation. The best example is the Bolivian president, Evo Morales.

According to Ecoanalitica, the Venezuelan government owes over USD 6 billion to U.S. private companies.