Right Sector’s ex-leader starts a new political movement and invites his former followers. At least the moderate ones. 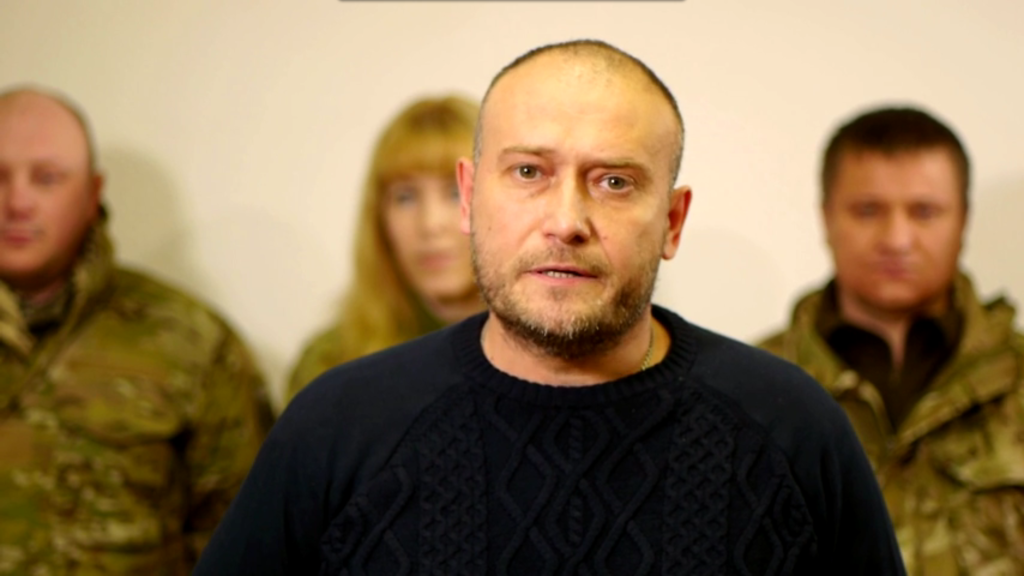 Dmytro Yarosh: We categorically reject pseudo-revolutionary activity that threatens the existence of Ukraine as a state and stains the reputation of the patriots.

Former Right Sector leader Dmytro Yarosh today announced to initiate a new political movement. The statement was made in a video message. The new project aims “to unite all patriots of Ukraine. Without radicalism typical of peripheral social groups and without liberal empty rhetoric. Building an independent Ukrainian state remains our goal.”

The new movement remains in opposition to the government but rejects its violent replacement. “We do not abandon the revolutionary path, but we categorically reject pseudo-revolutionary activity that threatens the existence of Ukraine as a state and stains the reputation of the patriots.”

The founding congress will take place in February. “Our movement is open to any patriot of Ukraine who shares our values and is supportive of the Right Sector.”

Yarosh left Right Sector in November because of rivalries over the movement’s strategy. His rivals supported a more radical policy against the government. The initiation of the new movement looks like an attempt to take over ‘moderate’ parts of Right Sector and to include new personnel. Since the armed conflict in the East is under relative control, acceptance decreased for some extremist parts of Right Sector who stood in (armed) opposition to the government. In this respect, Yarosh’s new project is a reaction to changing realities or an attempt to transfer political capital into institutional politics.